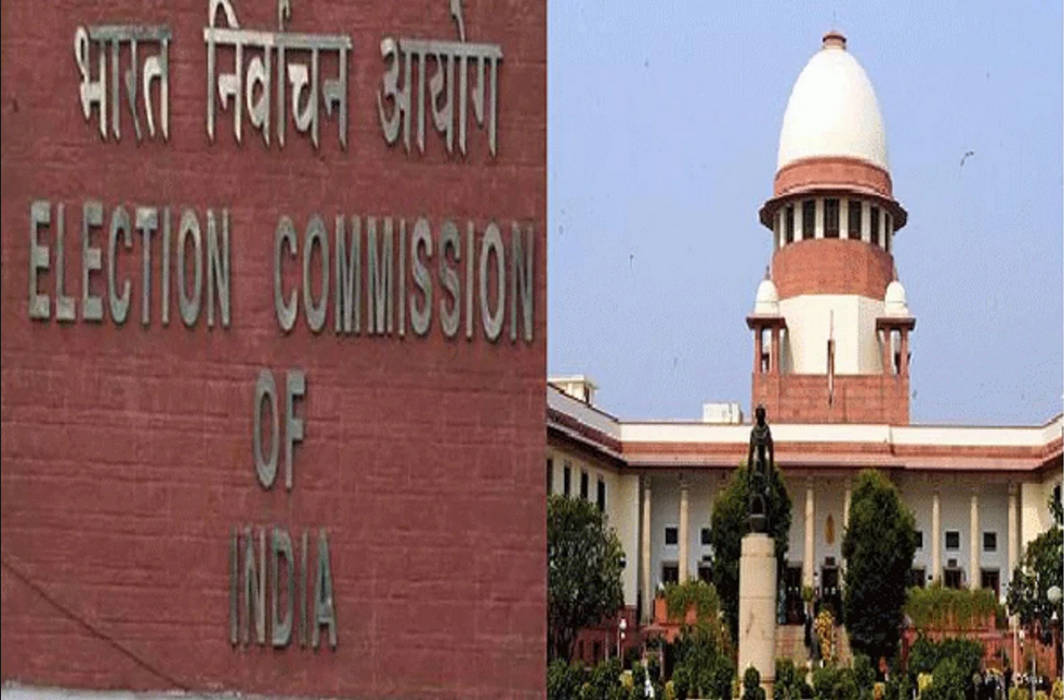 The Election Commission’s (EC) decisions clearing speeches by Prime Minister Narendra Modi and BJP president Amit Shah without stating any reasons or details are likely to come up in the Supreme Court (SC) on Wednesday, May 8 after the Congress brought it up in the hearing today (Monday, May 6) seeking the court’s intervention with the ECI to lay down conditions, including a deadline, for dealing with poll code complaints.

Counsel for Congress leader Sushmita Dev, Abhishek Singhvi told the court that there were numerous instances where the Election Commission had found remarks by a political leader to be a poll code violation but found no violation when a similar allegation was levelled against PM Modi and Amit Shah.

Singhvi also asked the Bench of Chief Justice of India (CJI) Ranjan Gogoi and Justices Sanjay Kishan Kaul and KM Joseph that there should be some kind of guidelines in place to guide the election commission when it examines complaints of model code of conduct violations.

PM Modi has been given clean chits in all of six cases so far — for speeches in Barmer, Varanasi, Patan, Nanded, Latur and Wardha; while BJP president Amit Shah has been cleared for speeches in Nagpur and Krishna Nagar.

In five cases relating to PM Modi, one of the three election commissioners did not agree with the final decision but the dissenting view has not been incorporated in the final order that was passed, say media reports.

Singhvi said the EC has not supplied dissent opinions in its decision nor have any reasons been stated. “Five of the six decisions have dissent. It has not been supplied to us. Reasons have also not been given”, Singhvi submitted on behalf of Dev, according to media reports.

Singhvi also assailed the merits of the Election Commission order, stating, “Identical words were used by other persons and they have been stopped. These two persons have not been stopped.”

Singhvi said he could manage to access some of the orders and they all quote “identical reasons” for giving Modi a clean chit.

“There are six to seven orders now… All of them are unreasoned. Five of the six orders have been dissented. They have not been supplied to us. This has come 30 to 40 days after we filed the complaints,” Singhvi submitted.

Singhvi said that the Court should consider laying down some guidelines so that it proves useful for future elections.

“If not for these elections, it will prove useful for future elections.”

The Court asked for a copy of Election Commission orders and Singhvi sought time to place the same on record.

The Court granted the same and adjourned the case for Wednesday, May 8.

The decisions by the EC come after Sushmita Dev, who is a member of Parliament from Assam’s Silchar in the outgoing Lok Sabha, accused the Election Commission of sitting on complaints against the PM Modi and Amit Shah. In her petition before the top court, Dev accused Modi and Shah of hate speeches and using armed forces for “political propaganda”.

While issuing notice in the petition, the SC Bench led by CJIGogoi that the Commission would have the liberty to pass any appropriate orders that it deems fit.

When the matter was taken up on May 2, the Court directed the Election Commission to decide on the pending complaints before it against Modi and Shah before May 6.

The Commission subsequently gave a clean chit to both Modi and Shah, although the order is not available on the ECI website.