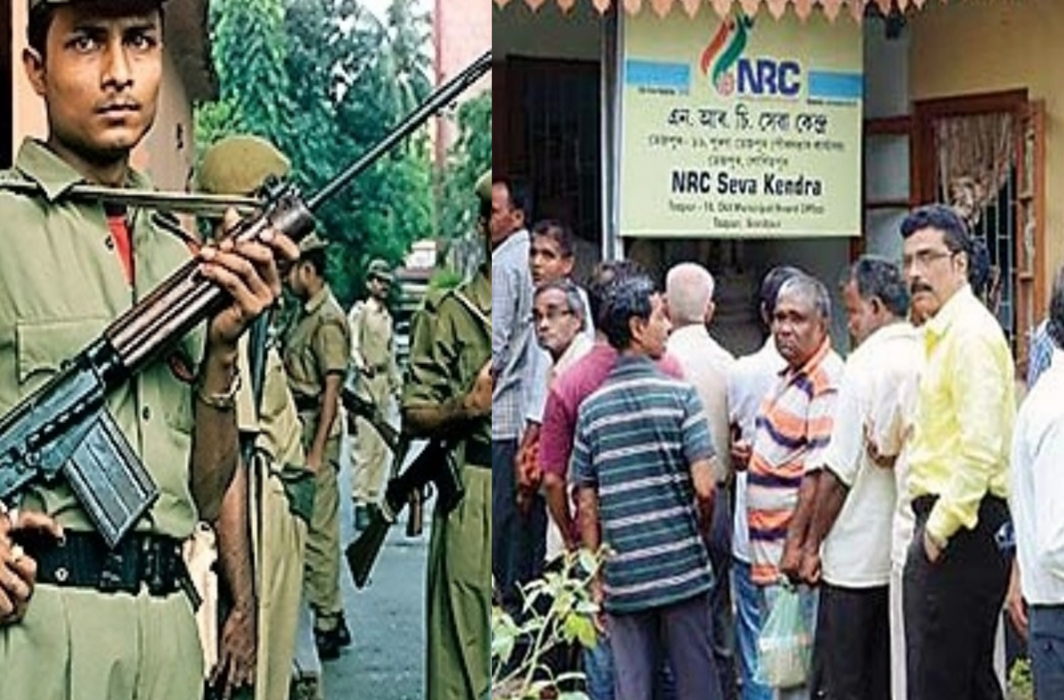 Supreme Court today (Thursday, May 30) pulled up the National Register of Citizens (NRC) coordinator, directing him to ensure fair hearing without cutting short the process of identifying foreigners, a day after a retired soldier from Assam, who had served in the Army for 30 years, was declared a foreigner and sent to detention camp.

Chief Justice of India Ranjan Gogoi told NRC coordinator Prateek Hajela not to rush through the process in an attempt to meet the deadline of July 31, said media reports.

Yesterday, there were media that Mohammed Sanaullah, who retired as subedar with the Corps of Electronics and Mechanical Engineers (EME) of Indian Army in August 2017, was detained to be lodged in a detention centre for illegal foreigners in the state as a Foreigners’ Tribunal (FT) declared him a foreigner.

In his testimony at the FT, Sanaullah said that he had served in insurgency-affected areas of Jammu and Kashmir and the Northeast.

He was declared a foreigner by FT No 2 Kamrup (Rural) on May 23 this year, reported The Idian Express. His family members and lawyer maintain that Sanaullah’s Indian citizenship can be proved easily with the documents of his ancestors, and of that of his employment with the Indian Army. Sanaullah at present works as a sub-inspector with Assam Police’s border wing — a special wing that deals with detection of illegal migrants in the state.

Sanaullah joins a growing list of defence veterans in Assam, who have had to face humiliation and prosecution after being left out of the National Register of Citizens (NRC) draft.

Fifty-one-year-old Sanaullah, a decorated soldier, had participated in several counter-insurgency operations in Jammu and Kashmir and then later in Manipur. He was commissioned as a Junior Commission Officer by the President of India in 2014, said media reports.

Post retirement, he had joined the Assam Border Police as a sub-inspector, the same force that ordered his arrest post the FT’s declaration, reports said.

Also Read: No exemption from US sanctions, India stopped buying oil from Iran from May 2

Lawyer Aman Wadud, whose firm is in the process of filing a writ petition before the Guwahati High Court against the detention, told The Quint that Sanaullah, a resident of the Kolohikas village in Kamrup district, had gone to the Amingaon station on his own volition after he was informed of the FT’s declaration.

He also said that the Border Police had accused him of being a ‘foreigner’ without a proper investigation. “In the verification report filed by the police, they had written that Sanaullah was a labourer.”

Wadud pointed to another peculiarity in the report, where the fact that Sanaullah had not registered in the 1986 voters’ list is stated as a justification of his declaration as a foreigner.

“They claim that since he was 20 years of age in 1986, the fact that he did not register to vote is proof that he is not an Indian citizen. They, however, overlook the fact that the 61st Constitutional Amendment, lowering the minimum voting age from 21 to 18, was passed in March 1989,” he said.

Amingaon Additional SP Sanjib Saikia, meanwhile, said that Sanaullah was detained in accordance with the instructions of the court.

Confirming that Sanaullah has been detained, Additional SP of Kamrup, Sanjib Saikia, told The Indian Express, “The FT declared him a foreigner and we are complying with the law.”

“The thing to understand here is that no one is declared a ‘foreigner’ overnight. The FT did so after due diligence and Sanaullah was required to produce documents to prove otherwise. The police detained him as we were legally bound to do so by the court,” Saikia told The Quint.

On being asked about Sanaullah’s whereabouts and the recourse available to him, Saikia said: “Currently, he is being held at the Goalpara detention centre. He can raise the issue with a higher court to get relief.”

Last year, Sanaullah and his family’s name had been ‘put on hold’ in the NRC draft because of the Boko FT case pending against him.

Speaking to News 18, the veteran had said: “I was told that there’s a pending case against me at the Foreigner’s Tribunal in Boko. I tried to trace the case at the office of the superintendent of police (border), Kamrup Rural, the Foreigners’ Tribunal in Ulubari as well as in Boko, and finally found out from the Boko FT that the case cited concerns about somebody named Md Samsul Hoque of Agchiya Village, Boko. I don’t even know who he is. It’s so misleading,” said Sanaullah.

“This is harassment of indigenous people. No one in my family has made it to the list. It’s all manipulated. After serving the nation for so many years, this is what I get?” Sanaullah added.

The National Register of Citizens or NRC is being updated for the first time since 1951 to account for illegal migration into Assam from neighbouring Bangladesh.

According to the Assam Accord signed in 1985, anyone who entered the state after 1971 is considered an illegal resident. Rights lawyers say most of those who get penalised are people who come from impoverished families and cannot maintain proper records.

The names of at least 40 lakh people are not on the list and lakhs of them have applied for re-verification.

The latest updation of the list in Assam contains the names of descendants of those whose names were in the 1951 list, or those who were in Assam’s Electoral rolls till March 24, 1971. The descendants of those who can prove citizenship till March 24, 1971, will also be considered Indian citizens. So will those who came between January 1, 1966 and March 25, 1971, and registered themselves with the Foreigners Registration Regional Officer.