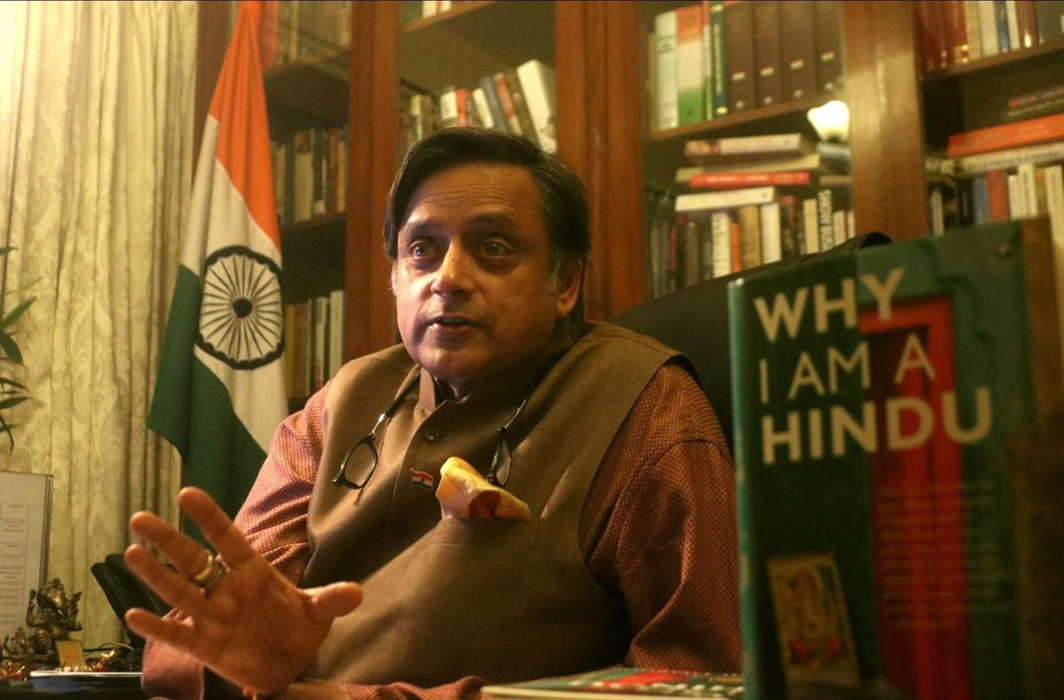 Congress leader and member of parliament Shashi Tharoor apologised to Delhi Chief Minister Arvind Kejriwal on Twitter after his comments about the Delhi CM triggered a social media storm.

In an interview with CNN-News 18 on Monday, the Congress leader had accused the Aam Aadmi Party Chief of not doing anything in the wake of violent protests against the Citizenship (Amendment) Act.

“In any other state, had students been bashed up in this manner, the chief minister would have visited them and shown them some concern. Mr Kejriwal really wants power without responsibility, which we all know has been the prerogative of eunuchs for ages,” said Tharoor.

The Congress leader with a following of 7.3 million on Twitter, apologized for his remarks that stirred a controversy on social media.

Apologies to those who found my quote about “power without responsibility” offensive. It’s an old line from British politics, going back to Kipling & PrimeMinister Stanley Baldwin, &most recently used by Tom Stoppard. I recognize that its use today was inappropriate &withdraw it.

However, in his apology tweet, the 63-year old leader did not tag Kejriwal or mention the word “eunuch”.

Moments after his interview with the news channel, Twitterati called Tharoor’s behaviour ‘unacceptable’ and ‘homophobic’.

Absolutely unacceptable comments from @ShashiTharoor comparing “eunuchs” to those who “want power without responsibility.”

. @ShashiTharoor speaking of @ArvindKejriwal, said power without responsibility has been the prerogative of eunuchs. With his command over the English language, he knew the term to be transphobic, misogynist. Stripped of literary gloss, he called a political rival unmanly.

Shashi Tharoor’s use of little-known English words impressed us all.

Now, his use of well-known English words has shocked us all.

Refinement of language doesn’t cancel the crudeness of views.