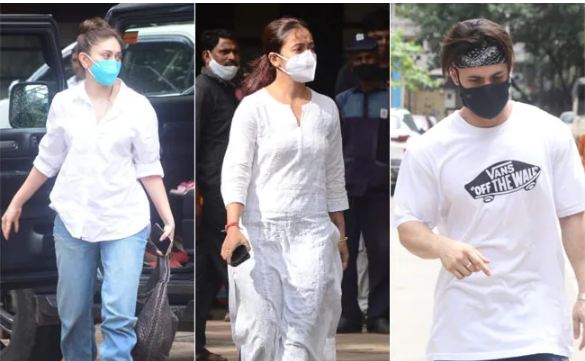 Actor Siddharth Shukla took his last breathe on Thursday at Mumbai’s Cooper hospital. Hours later of the actor’s demise, many friends/ colleagues reached the actor’s resident or hospital just to say a final goodbye to him.

Riaz also shared an emotional note for his Shukla on his Instagram where he said, he had a dream in the morning about the big boss journey… and he saw Sidharth watching his Bigg Boss clip he came and gave a hug to him, I still can’t believe this, see you on the other side, Sid, Riaz added in his post.

Meanwhile, actor Rajkummar Rao with his girlfriend Patralekhaa were also seen arriving at Sidharth Shukla’s resident. Earlier, Rajkummar Rao has expressed grief over Bigg Boss 13 winner’s death. He shared some photos of Shukla on his social media platform with some emotional notes.

Siddharth Shukla was best known for his character in Balika Vadhu, later the actor got in the limelight after winning the reality show Bigg Boss season 13. He also won Khatron Ke Khiladi 7 and participated in another reality show called Jhalak Dikhhla Jaa 6.

Money Heist Season 5: When and where to watch crime-thriller in India? Here’s everything you need to know