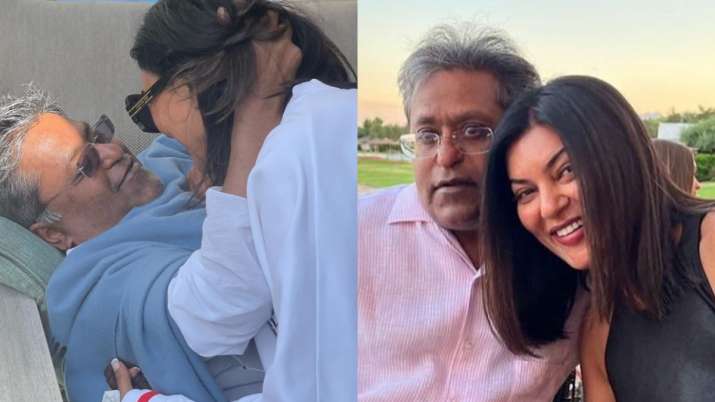 Former IPL chairman Lalit Modi sent the internet into a frenzy yesterday night when he posted a photo with actor Sushmita Sen calling her a better half. Modi posted a series of photos with the former Miss Universe and revealed that they both are dating. The businessman also said that they might get married soon.

Lalit Modi on his Twitter account wrote Just for clarity. Not married – just dating each other. That too will happen one day.

Who is Lalit Modi?

Read Also: Why is Bhilpradesh trending? Everything you need to know about Bhils and their demand for separate state

Lalit Modi is an Indian businessman and cricket administrator, currently a fugitive. He was the founder, first Chairman, and Commissioner of the Indian Premier League (IPL), and ran the tournament for three years until 2010.

In 1993, Modi established Modi Entertainment Networks (MEN) and later became the President and managing director of Modi Enterprises, an industrial conglomerate run by his family. In 2002, Modi launched an online lottery business in Kerala called Sixo.

Why was Lalit Modi get banned for life by BCCI?

In 2010, Pune Warriors and Kochi Tuskers were two new franchises that were auctioned off, and Lalit Modi was charged with bid-rigging. He was also charged with illegally selling broadcasting and internet rights.

In addition to serving as the IPL’s public face, Modi served as chairman of the Champions League Twenty20, a joint competition organized by India, Australia, and South Africa, and one of the BCCI’s five vice presidents before being sacked in 2010.

Since then, he has resided in London, United Kingdom, and has given several interviews in which he has maintained his innocence of all claims brought by the BCCI. In 2015, a Mumbai special court issued a non-bailable arrest warrant for Lalit Modi owing to his alleged involvement in a money-laundering case that the ED had filed.

Delhi woman commits suicide after being forced to abortion 14 times

Ripudaman Singh Malik shot dead in Canada: Everything you need to know about the acquitted suspect in 1985 Air India bombing

Why is Bhilpradesh trending? Everything you need to know about Bhils and their demand for separate state