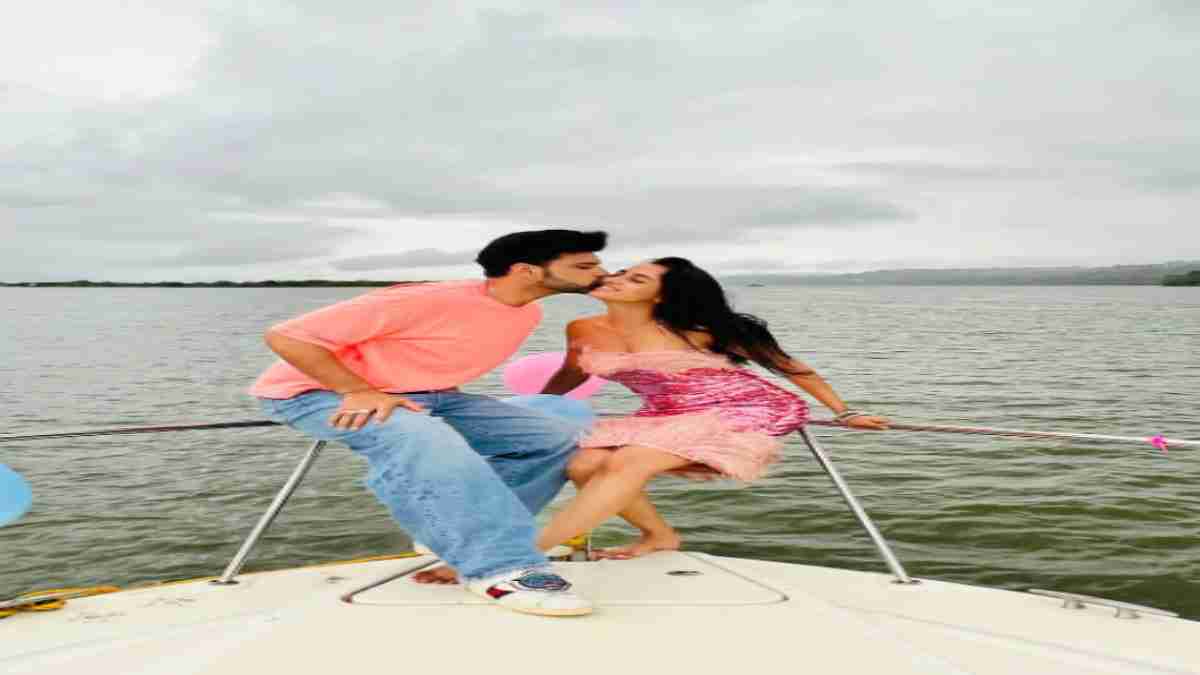 Tejasswi Prakash and Karan Kundrra are one of the most loved couples in Tinseltown. The power couple is painting the town red as Tejasswi celebrated her birthday in Goa recently. Pictures and videos of the celebration are crazy virals on the internet and yes fans are simping over them already.

The Naagin 6 actor celebrated her birthday with her boyfriend Karan Kundrra for the first time ever since they fell in love with each other.

A report in a leading daily said Karan planned the birthday celebration in Goa and ensured Tejasswi brought in her birthday in style.

The actor organised a private yacht for his ladylove and decorated their suite with flowers. He also surprised her throughout the day with everything she loves. If reports are to be believed, Karan surprised Tejasswi by giving her 121 rosed one for every day they spent together in the Bigg Boss 15 house.

Several inside videos of the birthday celebrations also went viral on the internet. Paps also surprised Tejasswi with a birthday cake.

Both the TV personalities met each other inside the Bigg Boss 15 house. They fell head over heels in love with each other in the show but also gave tough competition to each other during BB tasks.

While Tejasswi Prakash emerged as the winner of Bigg Boss 15, Karan Kundrra ended up as the second runner-up of the reality show. Post Bigg Boss 15, the couple are giving major couple goals as they are often spotted together in and around the city.