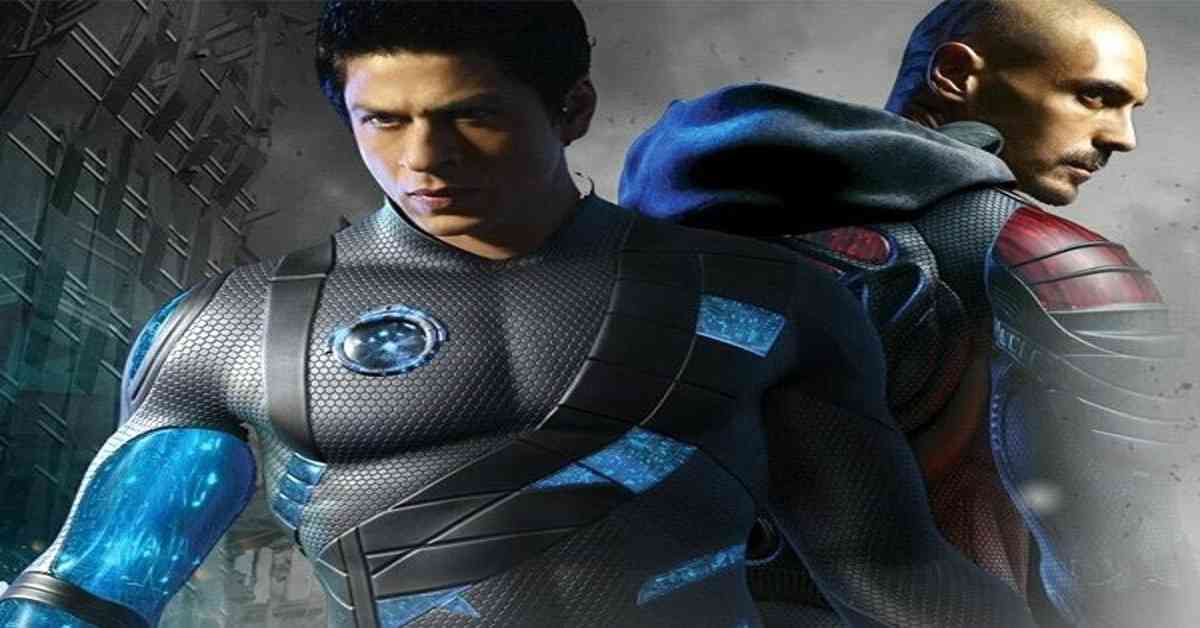 The teaser of one of the highly-anticipated theatrical releases Adipurush was unveiled on October 2. Starring Prabhas, Kriti Sanon, Saif Ali Khan, and Sunny Singh in the lead roles, Om Raut is being mercilessly trolled over its tacky VFX and cartoon-like animation.

Adipurush’s first look turned out to be a disappointment as fans are definitely not happy with what they were served on the screen. Given the VFX blunder in Om Raut’s directorial, fans have now fetched out clips from Shah Rukh Khan’s films which hit the silver screen way back and still had top-notch VFX.

Cinema lovers are now reminded of jaw-dropping VFX in SRK’s film Ra.One that was misjudged back then. It should be noted that the VFX in the 2011 film was worth Rs 100 crores while the recently released Ayan Mukerji’s film spent Rs 400 crores and Adipurush splurged Rs 800 crores on VFX and special effects.

Sharing a clip from the film on Twitter, a user applauded Shah Rukh Khan’s Ra.One called it one of the best VFX works in Hindi cinema. The user also wondered if the same film was released in 2022, it would be a blockbuster.

After from Ra.One, other Shah Rukh Khan films that caught notice in terms of VFX are Zero and Jab Tak Hai Jaan.

Although Zero received mixed reactions and failed at the box office, it was applauded for the performances of Shah Rukh Khan and Katrina Kaif and its impeccable VFX. A BTS video of the film was released after its release that showed how Shah Rukh Khan pulled off the dwarf look seamlessly.

In an old interview, Shah Rukh Khan explained how VFX specialists had to visualise every scene with the aspect that one character was one and a half feet shorter than the rest of the characters in the film.

Amid the Adipurush controversy, fans are definitely reminded of Shah Rukh Khan’s supremacy. And yes SRK entered the VFX world much before Adipurush and Brahmastra even thought of it.

Hrithik Roshan shares video documenting his journey to Vedha, girlfriend Saba Azad says his character will be remembered for eons