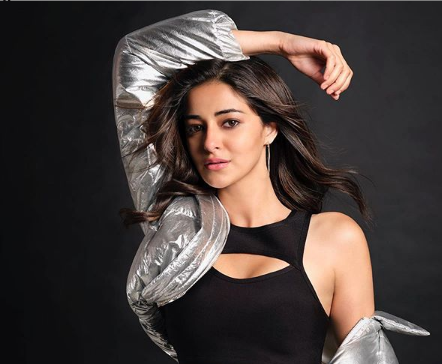 Bollywood actor Ananya Panday, who turns a year older today , will have a working 22nd birthday on the sets of her upcoming film in Goa with co-actors Deepika Padukone and Siddhant Chatuvedi.

Panday is currently in Goa for the shoot of director Shakun Batra’s untitled project alongside Deepika and Siddhant.The film also stars Dhairya Karwa.

In an interview with a national daily, Panday shared her birthday plans and said she has no complaints about her special day being spent with the cast and crew of the film. It will be a different kind of celebration without family, said the Khaali Peeli actor.

The actress further opened about her close friends Suhana Khan and Shanaya Kapoor, said that she has no plans to meet them on her birthday for the first time in years, and definitely miss hugging them, further citing ongoing pandemic as also one of the reasons.

Meanwhile, Suhana, the daughter of superstar Shahrukh Khan has shared a cute video on Panday’s birthday. It features the actor, Suhana’s brother AbRam and Shanaya.In her caption to the Instagram video, Suhana wrote Panday has never faced rejections and asked her to teach her way.

Even Panday’s parents Chunky Panday and Bhavana have sent a sweetest birthday wish on Instagram.

Actor Tiger Shroff too wished her Student of the year 2 co-star and asked her to eat lots of food on her birthday.While Deepika wrote that she feels proud to see Panday grow into a smart, sensitive and witty girl. She wished her good health, happiness and super stardom.

On the work front, Panday was last seen alongside Ishaan Khattar in Khaali Peeli directed by Maqbool Khan and produced by Ali Abbas Zafar. She will next be seen with South superstar Vijay Devarakonda for Puri Jagannadh’s project ‘Fighter’.