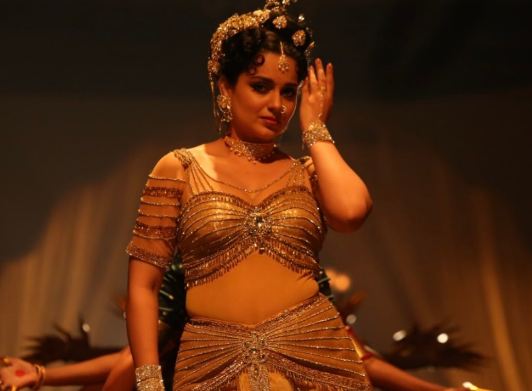 Actor Kangana Ranaut on Tuesday shared a few unseen pictures from her upcoming films Dhakkad, Thalaivi, and claimed that she has more range in her craft than any other actress on this planet.

Kangana took to Twitter and challenged people to name a better actress than her, not just in the country but across the planet. Sharing the photos, she opened up about the massive transformations she underwent as an actor and drew comparisons with Hollywood celebrities like Meryl Streep and Gal Gadot.

The actor wrote that she is open for debate if anyone can show her more range and brilliance of craft than her by any other actress on this planet. In exchange, she promised to give up her arrogance, until then she could afford the luxury of pride, she wrote.

Highlighting her transformations in Dhakkad and Thalaivi, Kangana further said that the kind of range she displays as a performer no other actress on this globe has that right now. She has raw talent like Meryl Streep for layered character depictions, but also can do skilled action and glamour like Gal Gadot, added the actor.

Reacting to Kangana’s post, actor Richa Chadha shared a checklist for narcissistic personality disorder in a tweet. Although she did not mention the name of Kangana in her tweet, many users were quick to realise who it was intended for. She had marked a few of the qualities in red supposedly showing which one matched Kangana.

Filmmaker Hansal Mehta also made fun of Kangana by sharing picture of all the food he has cooked recently with a caption that seemed very much inspired by Kangana’s tweet. He wrote, Massive talent alert- The kind of range I display as cook no other cook on this globe has that right now, I have raw salad like Caesar Salad or layered renditions like biryani or nahari or qormas. I can also do skilled vegan things like vegetable makhani and spaghetti aglio e olio. Later, the filmmaker deleted the tweet saying that it was unnecessary.

Meanwhile, Kangana is currently shooting for her high-octane action drama Dhakkad, where she will be seen in the role of an agent named Agni. She will next be seen in a biopic of late Tamil Nadu former chief minister, Jayalalitha. Her lined up projects include Tejas, Manikarnika Returns: The Legend of Didda and an untitled political drama where she will essay the role of former Prime Minister, Indira Gandhi.