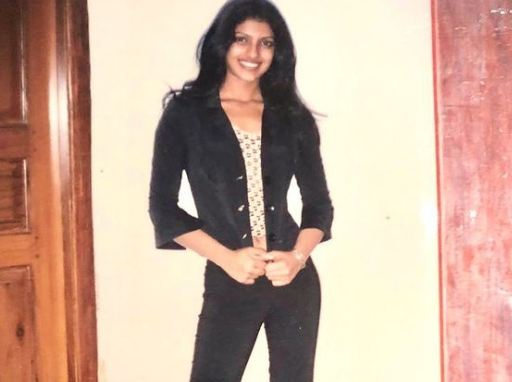 Priyanka Chopra on Monday took a trip down memory lane and treated her fans with an old photo of herself when she was 17 years old. Several Bollywood celebrities like Lara Dutta, Dia Mirza among others reacted to her throwback picture.

Sharing a major throwback picture from her modelling days on Instagram,Chopra described herself as Lean, mean and all of 17. She also captioned the image along with the hashtag #Unfinished, which is the title of her much-awaited memoir.

In the photo, the actor flaunted her lean body as she posed for the camera. Wearing a black hipsters teamed up with a crop top and black jacket, she looked gorgeous flaunting her radiant smile for the picture. Within a few minutes, the picture garnered more than six lakh likes on Instagram.

Her celebrity followers Katrina  Kaif, Hrithik Roshan, Rajkumar Rao were quick to shower love for Chopra’s post in the comment section. While Katrina and Rajkummar expressed their love with a heart emoji, Hrithik thought the photo was sweet.

At the age of 18, Chopra was crowned Miss World in 2000, marking the fifth Miss World win from India. The fellow Miss India winners Lara Dutta and Dia Mirza also commented on the post. Both of them reacted, saying they remember this girl.

Meanwhile, on the professional front, Chopra recently wrapped the shooting of her upcoming Hollywood film titled Text For You directed by Jim Strouse. Beside it, she will also be seen in Matrix 4 co-starring Keanu Reeves.

Chopra is also awaiting the release of her film titled The White Tiger, co-starring Rajkummar Rao. Her latest release includes We Can Be Heroes.

Abhishek and Aishwarya starrer Guru clocks 14 years, Big B says his son was marvellous in film