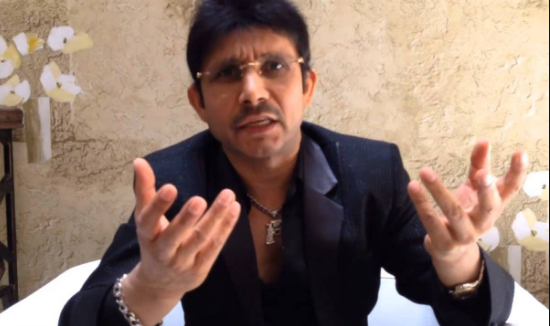 Actor Salman Khan has filed a defamation case against Kamaal R Khan (KRK) who better known as an actor as well as a film critic in Mumbai’s court. A legal notice was sent to KRK’s resident by Khan’s legal team.

KRK on Tuesday (May 25) informed the people about the notice through Twitter. He tweeted actor Salman Khan has filed a defamation case against him. He also shared the first page of the notice on social media platforms as proof.

KRK Said dear Salman khan Ye defamation case Aapki Hataasha Aur Niraasha Ka Saboot Hai (this defamation case is proof of your despair). He said he is reviewing films for his fans and followers and doing his job. He asked Salman Khan to make better films instead of stopping him from reviewing his films, Main Sach Ke Liye Ladta Rahunga (I will keep fighting for the truth), KRK added.

However, a few hours later, KRK seemed to have changed his stance and promised not to review any of Salman Khan’s films in the future anymore. He further asked Salman Khan’s father Salim Khan to withdraw the case.

Why Salman Khan filed a defamation case against KRK?

Earlier, this month, KRK has shared a video of himself on his social media platforms reviewing Khan’s movie Radhe. In the video, KRK said, Mera dimaag totally ghoom gaya hai (My head is spinning) after watching the first half of Radhe. KRK said he took the medicine, have to rest for 2-3 hours before reviewing the movie Radhe.

Read Also: Smriti Irani says over 577 children orphaned since April 1, 2021 due to Covid

The film was scheduled to release in theatres on 22 May 2020, but the film’s release date has changed due to the COVID-19 pandemic. The film was finally released on 13 May 2021 on Zee Plex and digitally through ZEE5 in India.