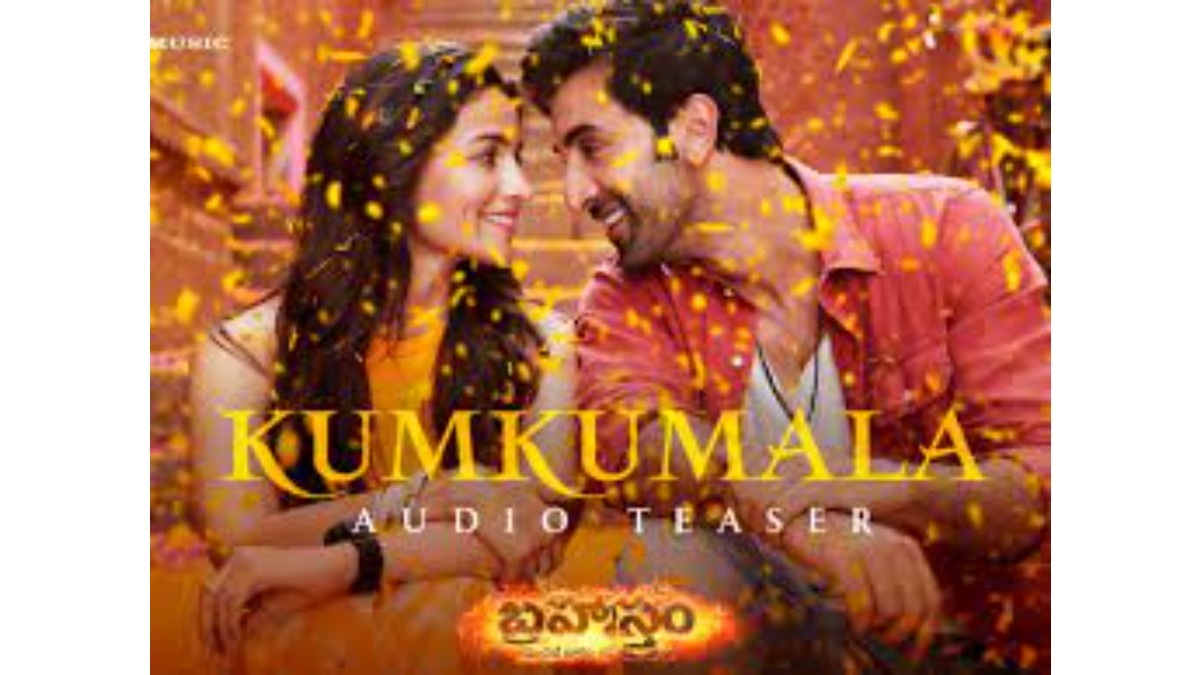 The song was filmed on the Varanasi ghats as well as the Kashi Vishwanath temple.

The makers of Brahmastra: Part One have dropped the Telugu version of the viral song Kesariya today, which is sure to please Ranbir Kapoor and Alia Bhatt’s fans. Alia Bhatt took to Twitter to present the teaser of the song titled Kumkumala in Telugu. She wrote Kesariya becomes Kumkumala. Enjoy the teaser you have loved so much, in Telugu, with love and pride. Brahmāstra Part One: Shiva comes to cinemas on September 9th.

The Telugu version of Kesariya is sung by Sid Sriram, who recently sang the chart-topping Srivalli from Allu Arjun’s Pushpa: The Rise and the lyrics are written by veteran Chandrabose, whose recent hits include Pushpa and RRR.

The song was filmed on the Varanasi ghats as well as the Kashi Vishwanath temple. Alia is seen exchanging garlands with Ranbir while wearing in a mustard top and skirt. They also share a number of memorable moments. At the end of the teaser, they perform puja.

Brahmastra, the most ambitious trilogy by filmmaker Ayan Mukerji, has been ruffling feathers on the internet since its announcement for a myriad of purposes. To begin, the epic drama promises to be a never-before-seen visual spectacle with an all-star cast. The film recently received yet another prestigious accolade.

The first part of the trilogy and magnum work, Brahmastra Part One: Shiva, has been added to the Walt Disney Studios Motion Pictures global theatrical release plan. This is the first time that an Indian film has made it to the list.

The song’s first teaser was released only days before Alia and Ranbir’s April wedding, and it had fans applauding for them. The new teaser features some fresh sequences as well as footage from the previous teaser.

SS Rajamouli will present the film in Telugu, Tamil, Kannada, and Malayalam, while Karan Johar’s Dharma Productions will handle the Hindi version. The film, which also stars Amitabh Bachchan, Nagarjuna, Dimple Kapadia, and Mouni Roy in pivotal roles, is expected to hit the silver screen on September 9, 2022.