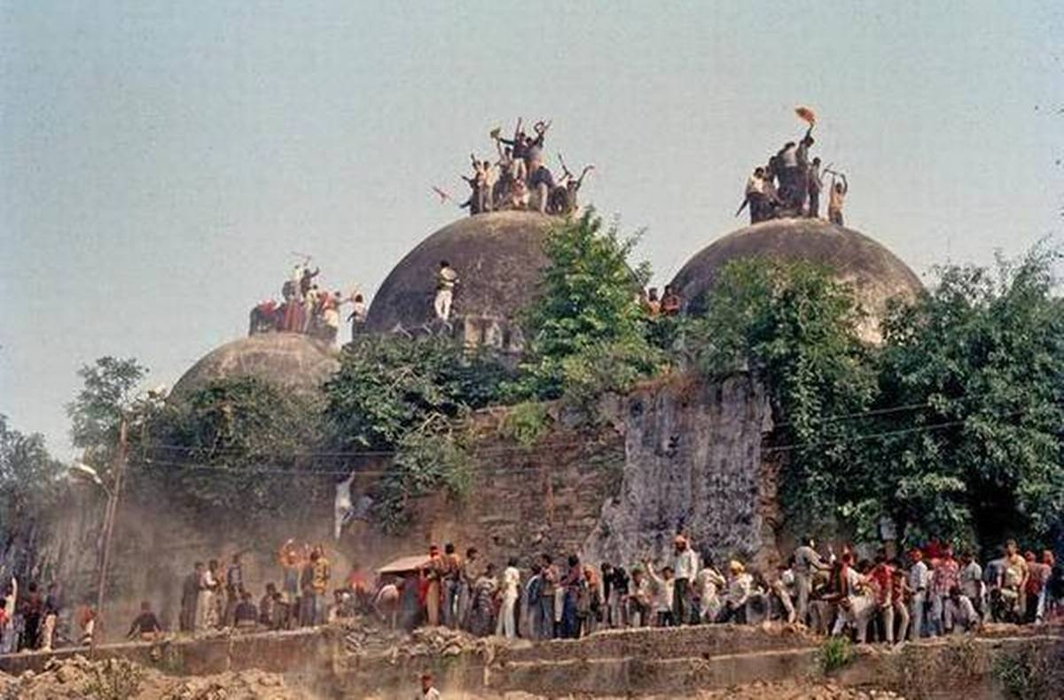 The special judge had earlier in May written to the Supreme Court informing he is due to superannuate on September 30, 2019.

Hearing the matter today, a bench headed by Justice RF Nariman asked the Uttar Pradesh government to apprise it by July 19 about a mechanism by which the tenure of the special judge could be extended till he delivers the verdict in the high profile case.

A Bench led by Chief Justice of India Ranjan Gogoi has scheduled a hearing on Friday.

On April 19, 2017, the top court bench of Justices PC Ghose and RF Narimanhad ordered day-to-day trial to be concluded in two years in the politically sensitive 1992 Babri Masjid demolition case, allowing an appeal filed by the CBI against the discharge given by the Allahabad High Court to Advani, Joshi, Uma Bharati and 13 other BJP leaders and restoring the conspiracy charges against them.

However, the top court had said Kalyan Singh, who is currently the Governor of Rajasthan and during whose tenure as Chief Minister of Uttar Pradesh the disputed structure was razed, is entitled to immunity under Constitution as long as he remained in gubernatorial position.

Besides the three leaders, the accused, against whom the conspiracy charge was invoked, were Vinay Katiar, SadhviRitambara, Vishnu Hari Dalmia, who were being tried at Rae Bareilly.

In 2017, the top court extolled its “power, nay, the duty to do complete justice in a case when found necessary”.

It said in a 40-page judgment: “In the present case, crimes which shake the secular fabric of the Constitution of India have allegedly been committed almost 25 years ago.”

The court had come down heavily on the CBI for the delay of 25 years in the trial and said, “The accused persons have not been brought to book largely because of the conduct of the CBI in not pursuing the prosecution of the aforesaid alleged offenders in a joint trial, and because of technical defects which were easily curable, but which were not cured by the State Government.”

Issuing a slew of directions, it had said that “the proceedings (against Advani and five others) in the court of the Special Judicial Magistrate at Rae Bareilly will stand transferred to the Court of Additional Sessions Judge (Ayodhya Matters) at Lucknow.”

The court ordered the Lucknow CBI court judge to hold day to day trial and pronounce the judgment in two years. It forbade the transfer of the judge and also adjournments. Any grievances, the Bench said, should directly be addressed to the Supreme Court. Its directions had to be complied with in letter and in spirit, it cautioned.

The Rae Bareilly case accuses the BJP and Sangh Parivar leaders of having given speeches to promote enmity and threatened national integration.

The Lucknow case, investigated by the CBI, is against “lakhs of unknown karsevaks” and deals with the actual act of demolition and violence. With the clubbing of the cases and revival of the conspiracy charge, the accused political leaders would be tried under the composite charge sheet filed by the CBI on October 5, 1993.

The Bench agreed with the CBI charge sheet’s finding in 1993 that both the criminal conspiracy by the political leaders and the actual demolition by karsevaks were part of the “same transaction” and warranted a joint trial.

If convicted, the accused would face punishment of three to five years. This would mean that they would be barred from contesting elections for the six years following the completion of their sentence.