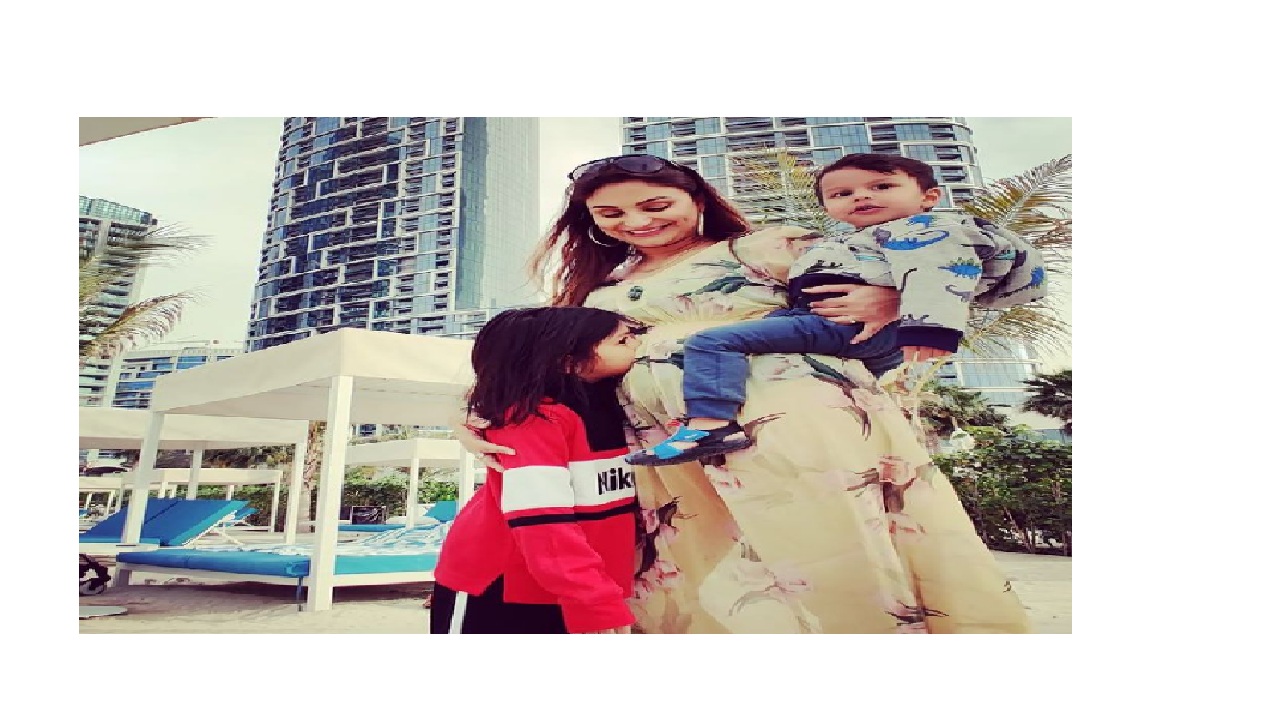 It’s raining babies in tinsel town and the recent pregnancy announcement of celebrities is proof of that. Recently, Bigg Boss fame Dimpy Ganguly announced her third pregnancy and shared an adorable post on her Instagram. Dimpy is a mother of two and is expecting her third baby with her husband, Rohit Roy.

She announced her third pregnancy on Instagram in an adorable post in which she was posing with her two kids and was flaunting her baby bump.

In the caption, she wrote that to her, the most gratifying and fulfilling love she ever experienced is the love she received from her babies. That selflessly selfish yet selfishly selfless kind, when they can’t help but only think of you in their happiest, saddest, angriest, sleepiest, crankiest, hungriest moments, making you feel like some magical being and putting you on an almost god-like pedestal that can solve all the problems in their world, is what gives me a purpose every single day, to be a better person, to see the world with hopeful eyes even in the darkest of times, to let go of all that’s painful and just be happy that regardless of what judgements the world might pass about me, she will always be their mum.

She further wrote that how she knows this? Because she is still like that with mine 😉 Can’t believe very soon this love will become x3! Happy mother’s day to all the lovely girl mums, boy mums, furry mums, friend mums, dads who are also mums and basically anyone who is willing to open their hearts to responsibly give and receive a love that’s this big in magnitude in the UAE and all over the world.

Dimpy tied the knot with Rohit in November 2015, and her first child Reanna was born in June 2016, later they became parents to Aryaan in 2020.

Earlier, Dimpy was married to Rahul Mahajan, but they got separated in 2015 after five years of their marriage.