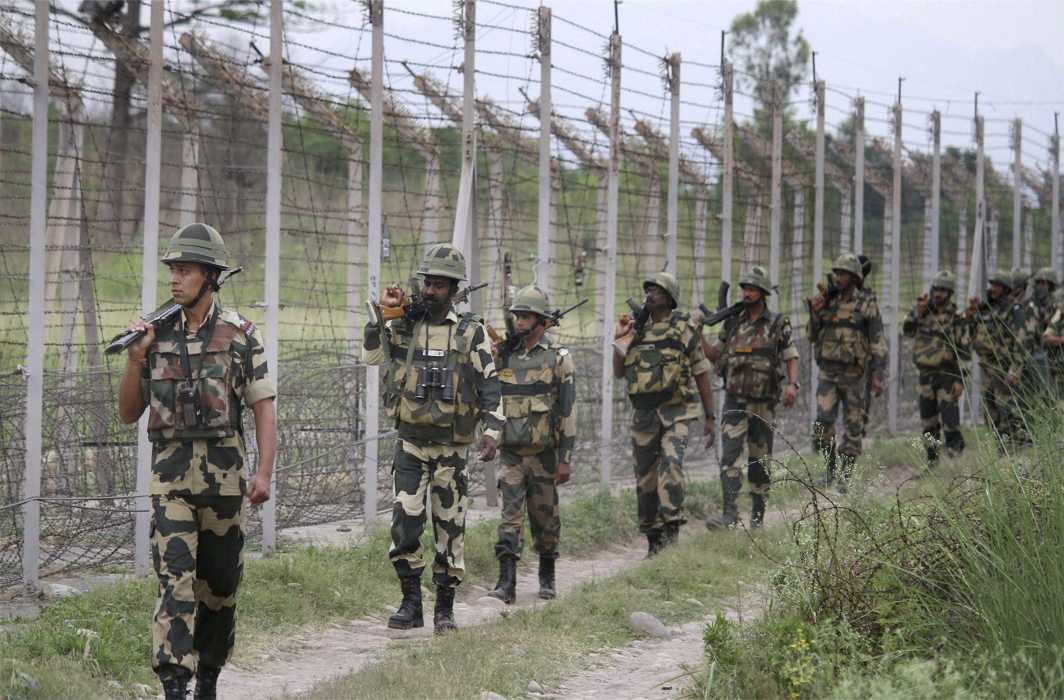 The Border Security Force (BSF) managed to foil a major infiltration bid by Pakistani nationals along the Line of Control in Jammu’s Arnia Sector, on Saturday, as its alert personnel discovered a 14-foot-long ‘secret tunnel’ stocked with a cache of arms.

The BSF also spotted suspicious movement of 10-12 armed Pakistani nationals who were purportedly trying to crossover from Pakistan into the Indian territory but who managed to flee as the Indian border security troops began approaching the tunnel amid blind mortal shelling being carried out from the Pakistani side.

The incident occurred just a day after the BSF and Pakistani Rangers concluded a Sector Commander-level meeting in Jammu.

According to a report in The Hindu said: “BSF’s 62 Battalion, during its search operation ahead of the fence, observed suspicious movement of around 10-12 armed Pakistani nationals on the Pakistan-side bank of Dhamala nulla (stream) on Saturday.”

A BSF spokesperson in Jammu told media persons that the border security agency’s personnel “taking all risks in thick jungle area with a number of blind mortar bombs fired from Pakistan, reached close to the area to know the nefarious design (of the Pak nationals that were seen in near the tunnel). On observing the BSF party, the Pakistani nationals ran away from the spot, leaving their huge stores.”

“The digging tools, fresh dug earth and length of tunnel indicate that process of tunneling had started two to three days back with the intent to infiltrate strong group of terrorists,” the spokesperson added.

Giving out details of the tunnel BSF sources said that the unfinished underground channel is “around 12-14 feet in length, approximately three feet in height and 2½ feet in width” and is situated on the slope of the bank on Indian side of the Dhamalla nulla ahead of border security fence on the International Border (IB).

The arsenal and other material that was recovered from the site included two AK-47 magazines, one hand-grenade, 7.62 bore ammunition, magazine pouch, batteries, lamps, US-made compass, ropes, sleeping bags, gas stove, digging tools and haversacks. Eatables, including apples and chicken, were also learnt to be found, suggesting that the tunnel was still under construction and that Pakistani infiltrators were actively working towards its completion.

The BSF said it was receiving “regular inputs about the movement of anti-national elements across the border and suspects militant activities in the festive season to inflict a blow to peace and tranquility in the Jammu region.”

This was the second tunnel from Pakistan into India that the BSF has unearthed this year. On February 12, a similar tunnel was spotted in Ramgarh Sector.[/vc_column_text][/vc_column][/vc_row]

Indians migrating from villages along Indo-China border will put security at risk: Rajnath