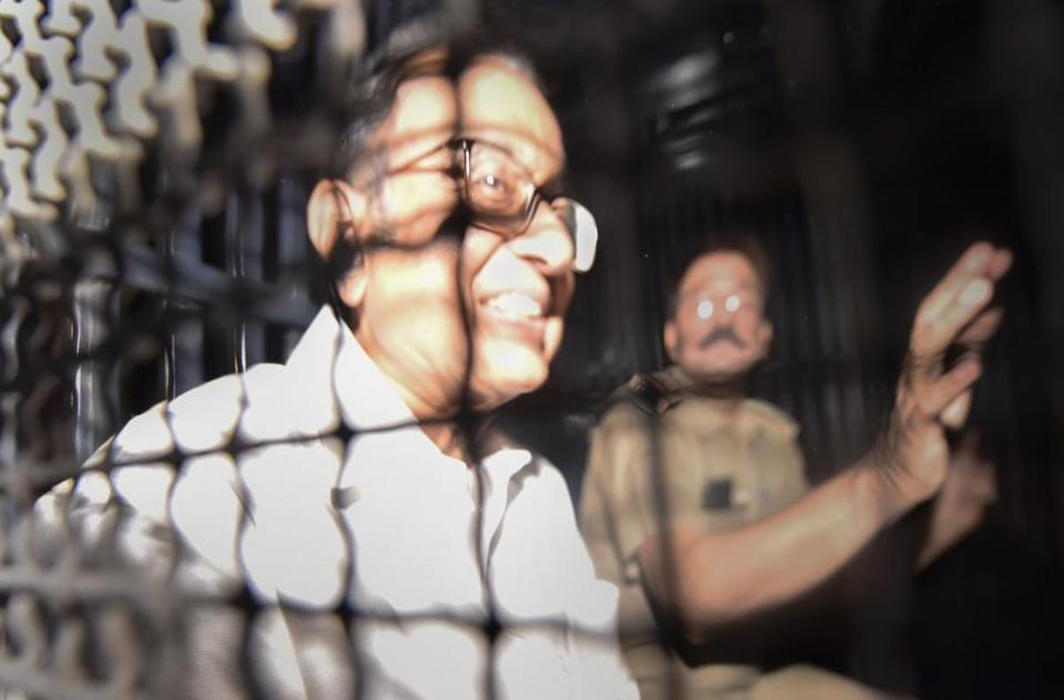 Congress leader and former union minister P Chidambaram was yesterday sent to Tihar jail, even as he tried hard to avoid judicial custody, since the Enforcement Directorate (ED) did not take his custody after fighting for it in the courts for over a month.

The ED, which had been arguing for denial of his anticipatory bail in INX Media money laundering case and succeeded in getting Supreme Court to reject his plea, did not take him into custody, thereby ensuring that he was sent to the most notorious jail of country.

If ED would have filed an application to arrest the former finance in INX media case as his anticipatory bail application was rejected, Chidambaram would have been remanded to its custody, instead of being sent to Tihar jail.

As it happened, the Rouse Avenue Court sent P Chidambaram to judicial custody till Sep 19 in INX Media case being probed by CBI.

The ED, which had wanted to arrest Chidambaram since his anticipatory bail application was rejected by Delhi high court on August 20, interestingly did not file application before the trial court.

Chidambaram also filed an application that he wants to surrender before the ED in INX media case but SG Tushar Mehta, representing ED, told that he would like to argue on this next week. The Court issued notice to ED and sought its reply and said that it will hear the Chidambaram’s surrender application on Sep 12.

The CBI which had P Chidambaram in their custody for the last 15 days, also pressed that Chidambaram should be sent to Tihar jail.

The CBI said: “The accused is a powerful and influential person, so should be sent to judicial custody.” Sibal countered that there had been no case of tampering with or influencing evidence.

If the Enforcement Directorate had arrested Chidambaram, he would have been taken to the Tughlaq Road police station, where another Congress leader, DK Sivakumar, was already incarcerated.

Chidambaram did manage to get pre-arrest bail in another case, the Rs. 3,500-crore Aircel-Maxis deal involving a clearance of $800 million foreign investment in 2006, allegedly in exchange of kickbacks.

The Enforcement Directorate has accused Mr Chidambaram of money-laundering in the case involving INX Media, which is being investigated by the CBI.

The CBI accuses Mr Chidambaram of misusing his position as Finance Minister of the country in 2007 while facilitating a huge infusion of foreign funds in INX Media at the instance of his son Karti Chidambaram.

The allegations against Chidambaram and his son are based on the information from INX Media co-founders Peter Mukerjea and Indrani Mukerjea, who are currently jailed in Mumbai in connection with the murder of Indrani’s daughter Sheena Bora.

Karti Chidambaram, who allegedly received kickbacks for his role in securing the foreign funds, was arrested in 2018 and released after 23 days.

On Tuesday, the Supreme Court had extended Chidambaram’s CBI custody for two days after his lawyer said the 74-year-old leader should not be sent to Tihar jail, where arrested persons are taken when they do not get bail after the end of police custody.

After the court ordered judicial custody for Chidambaram, Sibal moved an application asking the court to provide security to Chidambaram — he has Z-category cover — in a cell with a cot and western toilet. Solicitor General Tushar Mehta, appearing for CBI, told the court that adequate safety arrangements will be made during Chidambaram’s stay in judicial custody. He has been allowed to carry his medicines to jail.

Chidambaram, who was taken to the Tihar jail on Thursday evening, will get no special facilities, except a separate cell and a Western toilet as specified by the court, said reports quoting prison officials. Like other inmates, he will also have access to the prison’s library and can watch television for a specified period.

After the mandatory medical check-up, Chidambaram was lodged in Jail No. 7, which usually houses those accused in Enforcement Directorate cases. Incidentally, his son Karti was also lodged in this cell for 12 days in the same case last year.

The cell was prepared in advance, with the jail authorities anticipating that the senior Congress leader might turn up in view of the ongoing court cases against him, they said.

Ratul Puri, nephew of Madhya Pradesh Chief Minister Kamal Nath, who is being probed by the ED in connection with the AgustaWestland and a bank fraud case, is also lodged in this jail.