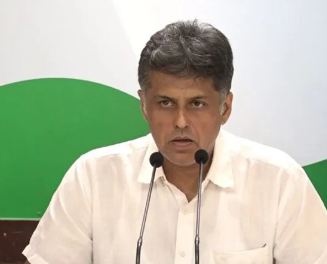 Congress leader Manish Tewari on Wednesday hit out at the Centre, saying that the Bharat Biotech Covaxin cannot be rolled out as a phase 3 trial, Indians are not guinea pigs.

Tewari’s remark came after Union Health Ministry Rajesh Bhushan told that recipients may not have an option to select vaccines which one they want to be incolutated with. Many countries across the world are using more than one vaccine, there is no such option available to any of the beneficiaries in these countries. Hence, such a choice won’t be available to Indians immediately, he was quoted saying by news agency PTI today.

Citing the Centre’s supposed flip flop on its administration, Tewari said till yesterday BJP-led government claimed Covaxin has been cleared for emergency use, yet its phase 3 trial was not completed. Now the government says recipients won’t be able to pick and choose the vaccine. said Sri Anandpur Sahib MP, as reported by news agency ANI.

When phase 3 trials of Covaxin are not complete, it raises various concerns on its efficacy. You can’t use rollout as a phase 3 trial, Indians are not guinea pigs,he added.

Covaxin, one of the two Covid-19 vaccines was deployed to Delhi and 10 other cities this morning, ahead of the mass inoculation programme.The vaccine developed by Hyderabad’s Bharat Biotech in collaboration with Indian Council of Medical Research, was yet to clear the Phase III clinical trial.

The Drug Controller, however, approved the Covaxin vaccine for emergency use authorization along with the Oxford University-AstraZeneca vaccine manufactured by Pune’s Serum Institute of India.

After which widespread concerns were expressed by the medical community regarding its efficacy and manner in which the vaccine has been granted approval. The government had earlier said Covaxin would be used only as a secondary option in case of emergency.

Earlier too, Tewari had shared the note of caution on Twitter. Tagging Union Health Minister Dr Harsh Vardhan, Tiwari had asked if Bharat Biotech’s vaccine was safe for human use and if the government could guarantee its safety and efficacy.

Among other Congress party leaders, Former union ministers Shashi Tharoor, Jairam Ramesh had also expressed concerns regarding the use of Bharat Biotech’s Covaxin vaccine to fight back the deadly virus.