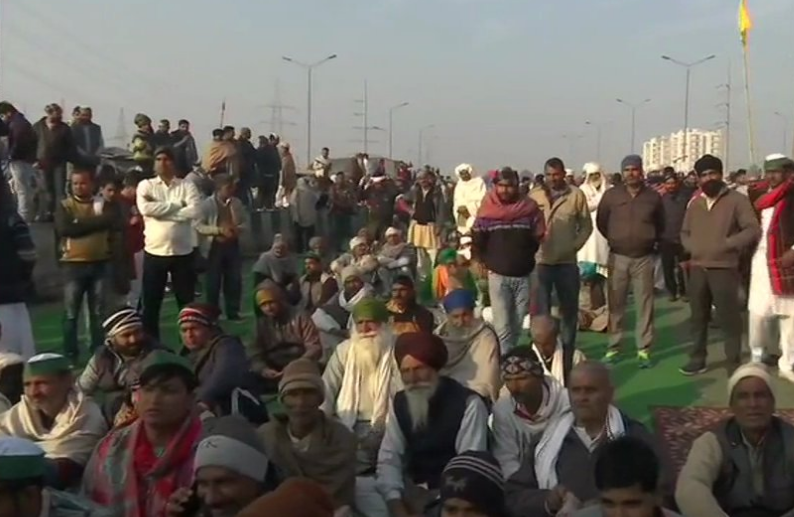 Farmer unions protesting against three contentious farm laws on Monday announced three-hour nationwide road blockade on state highways and national highways on February 6 in protest against the suspension of internet at their agitation sites and alleged harassment meted out to them by authorities.

The Union leaders in a press conference at the Singhu border said that they will block the roads between 12 pm to 3 pm on February 6. The farmer unions also alleged that they have been ignored in the Union Budget 2021-22, and the water supply have been cut off at their protest sites.

The Samyukt Kisan Morcha alleged that the Twitter accounts of Kisan Ekta Morcha and a user named ‘Tractor2Twitter’ have been restricted. Farmer leader Darshan Pal said the announcement of the Chakka Jam has been made to protest against the government’s repressive measures against the protesters and reduction of budgetary allocation for the agriculture sector.

According to the sources, the withheld accounts had tweeted against Prime Minister Narendra Modi with the hashtags like #ModiPlanningFarmerGenocide. However, Twitter later unwithheld the accounts on grounds of freedom of speech and presence of newsworthy elements.

Farmer leader Balbir Singh Rajewal said farmers coming to join the agitation by trains were also being harassed, hence a protest will be staged against all these atrocities in the form of a three-hour chakka jam across the nation.

The Punjab Mail was diverted while another train, running via Punjab and Haryana and headed to Old Delhi, was short-terminated at Bahadurgarh on Monday, allegedly to prevent farmers from reaching Delhi to join the ongoing protests.

Swaraj Abhiyan leader Yogendra Yadav had claimed that the action against the Twitter account was taken on the request of government authorities. He also said the Union government has reduced the allocation to the farm sector in this budget, when people hoped they would keep something for farmers as it was being presented during the agitation.

In the Budget 2021-22, Finance Minister Nirmala Sitharaman had proposed giving the APMCs mandis and the minimum support price provisions to the agriculture market. However, the union government has reduced its fund allocation for agriculture and allied sectors by Rs 6,000 crore, i.e reduced from 5.1% last year to 4.3% this year.

Meanwhile, a slew of measures came into effect on Monday by authorities in a bid to deter the protest even as the farmers announced nationwide blockade on Saturday. From embedding spikes on roads, extending internet ban in seven Haryana districts by another 24-hours to diverting Delhi-bound trains, the authorities have been trying every possible way to stop the farmers from entering the national capital.

More than 2,000 iron nails have been embedded in rows across the breadth of Rohtak Road at the Tikri protest side. Also, several layers of security including metal barricading, barricading by stone boulders and concrete barricading have been used to fortify the security at the Delhi side of the border with Haryana.

The suspension of mobile internet services have been extended till 5pm on Tuesday in seven districts of Haryana to prevent any disturbance of peace and public order, according to the police official. Kaithal, Panipat, Jind, Rohtak, Charkhi Dadri, Sonipat and Jhajjar districts in Haryana will face internet suspension till 5 pm today.

Aatmanirbharta is Oxford Hindi word of the year for 2020