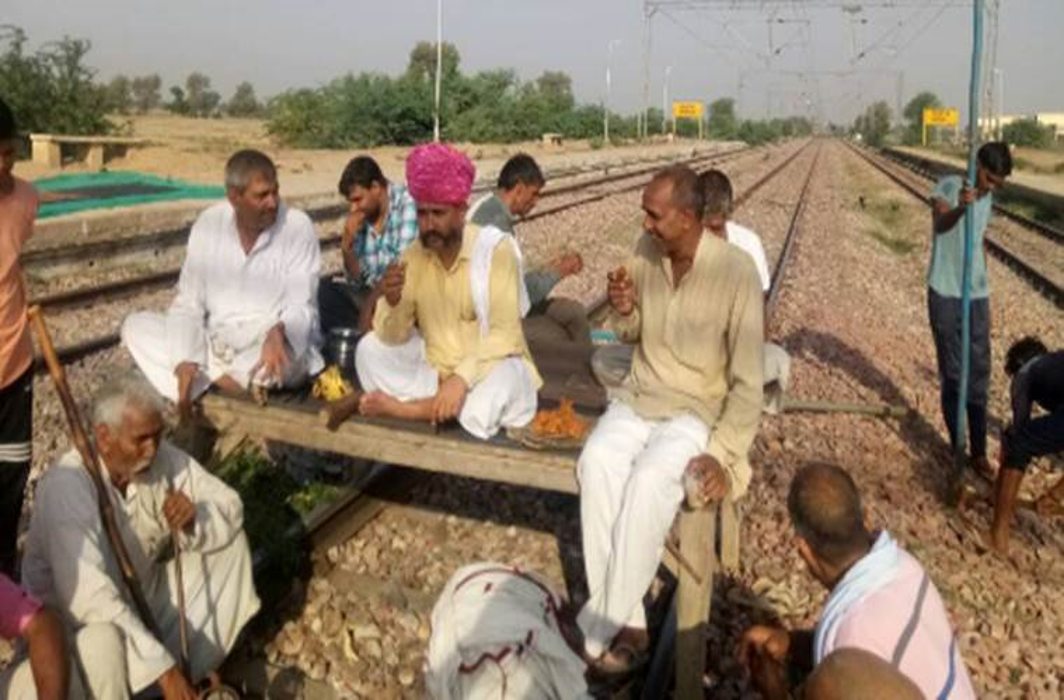 Unidentified miscreants fired 8-10 rounds in the air while the blockade on the Agra-Morena Highway was in place, Dholpur Superintendent of Police (SP) Ajay Singh told PTI.

Three police vehicles, including two jeeps and a bus were set afire by agitators, Singh added.

As the protesters moved to occupy National Highway 3, they had a run-in with the police, which baton-charged to stop them.

As a precautionary measure, authorities have imposed prohibitory orders under CrPc section 144 in Dholpur and neighbouring Karauli districts.

The leader of the community, Kirori Singh Bainsla, started a sit-in protest on Friday along with his supporters on the railway tracks in Rajasthan’s Sawai Madhopur district, demanding separate reservation for Gujjars, Raika-Rebari, Gadia Luhar, Banjara and Gadaria.  This forced the West Central Railway (CWR) to divert, cancel or partially terminate nearly 200 trains in the last two days.

Bainsla had said that reservation was promised by the government in its election manifesto.

A state government delegation, including Tourism minister Vishvendra Singh and senior IAS officer Neeraj K Pawan, Saturday met Bainsla and his supporters to hold talks, but no agreement could be reached.

“We will continue the dharna on the rail tracks. No compromise was made with the government delegation. We want a 5 per cent reservation order,” Bainsla said.

Vijay Bainsla, another Gujjar leader, said they have been waiting for talks with the government since last 20 days on their demand. He said agitators blocked Jaipur-Delhi, Jodhpur-Bhilwara, Ajmer-Bhilwara highway on Saturday.