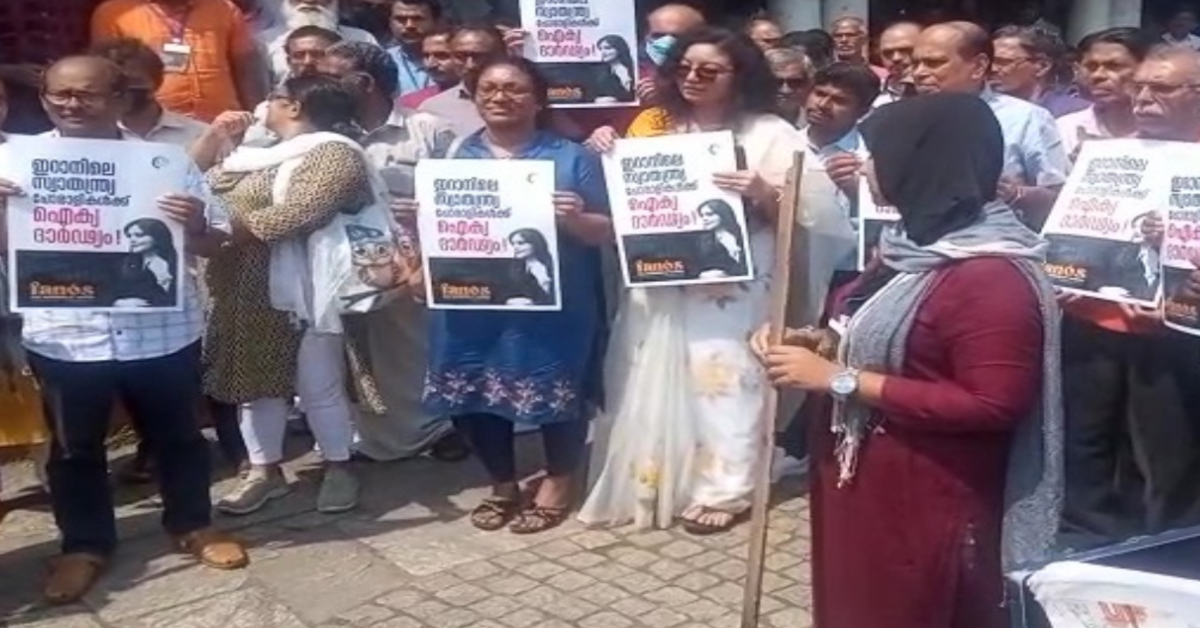 Muslim women in Kerala on Monday burnt their hijabs in solidarity with the ongoing Iranian anti-hijab protests. At the seminar, which was organized by the Kerala Yuktivadi Sangam, women added to the anti-hijab dissent rocking in Iran and getting massive mileage in the Western media.

The seminar held in Kozhikode was titled Fanos-science and free-thinking. As a part of the seminar, Muslim women added to the discourse as they burnt the hijab, which, in Iran, imposed laws on women in the country.

Along with burning the hijab, the activists raised slogans and used placards to express their solidarity with Iranian women. Reports said the seminar was not only attended by Muslims but also by other communities.

After Amini’s death, the anti-hijab protest spread throughout the country as Iranian women began to question the established dress code as well as the prioritisation of women’s choices. The hijab has been the cornerstone of women’s disaffection since the Islamic Revolution of 1979, which catapulted the Ayatollahs to power. This is the first outpouring of rage against what was taken to be a daily item of women’s clothing in Iran all this while since 1979.

Post-Amini’s death, women chopped off their hair, burnt the hijab, and even knocked off the turbans of Islam clerics in their battle against the repressive law.

India joining in on anti-hijab protest and the contradiction

In July 2021, Muslim girl students were refused entry to attend classes in a government junior college in Karnataka’s Udupi for wearing hijab. After reports of the incident came to light, it took over the headlines and triggered debates across the country on the topic which ranged from the validity of wearing a hijab in Islamic law to fundamental rights.

The Udupi college stood stern since it was a government order that had decreed so. The college students even approached the Karnataka High Court for some relief, as well as, many petitions were filed for the same in January this year. The High Court ruled against wearing the hijab in educational institutions. The appeal to the Supreme Court ended in a split verdict, with two judges giving contrary orders.