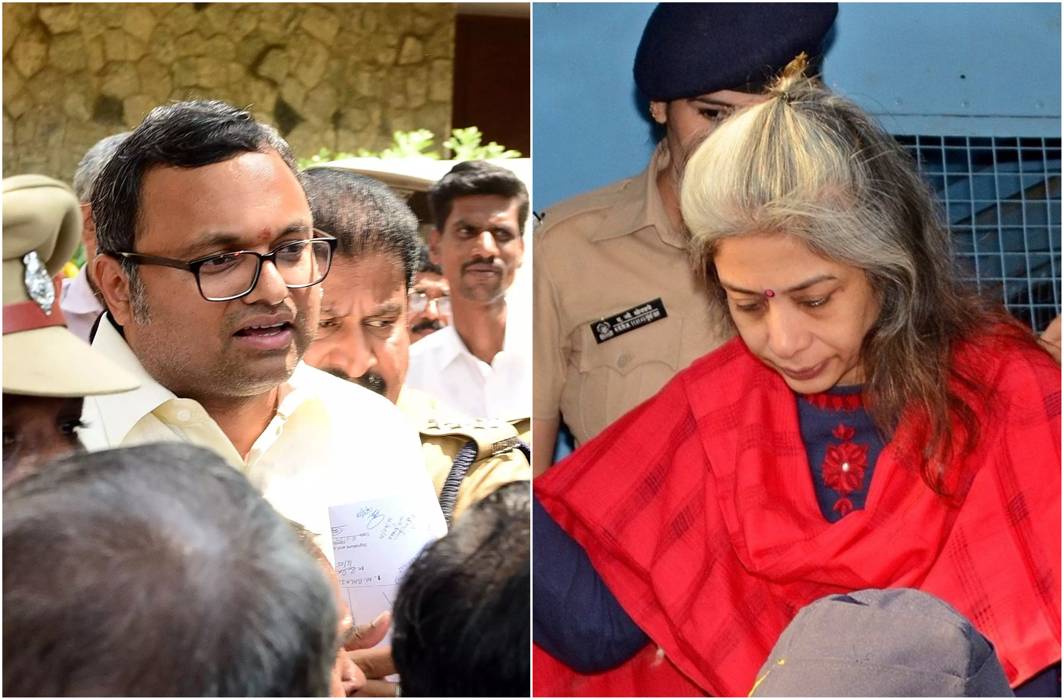 Amid continuing trouble for Karti Chidambaram, the son of  former Union Finance Minister P Chidambaram, the Central Bureau of Investigations (CBI) on Sunday brought Karti – who was arrested last week with corruption charges – to Mumbai’s Byculla jail, where he will be face-to-face with Indrani Mukerjea, with a video camera recording the confrontation.

Earlier, Indrani Mukerjea – who is also the prime accused in the Sheena Bora murder case – reported testimony before a magistrate, stating that the former Union Finance Minister’s son had allegedly asked for a bribe to use his father’s influence to regularise investments made by INX media group, which was founded by Indrani and her husband Peter Mukerjea.

Following Indrani Mukerjea’s allegations that they paid Rs 7 lakh to Karti Chidambaram on the instructions of his father P Chidamabaram, as quid pro quo for FIPB clearance, Karti was arrested by the CBI on February 28. Appealing to the special court for Karti’s custody, the CBI prosecutor stated that the 46-year-old needs to be confronted with other accused in the INX Media case.

The CBI on Sunday had flown Karti to Mumbai and headed him straight for the Byculla jail – where Indrani have been since 2015 on charges of murdering her  daughter Sheena Bora. Sources at the investigative agency have also stated that Karti will later be taken to Arthur Road jail where Peter Mukerjea is lodged.

However, contesting the Mukerjeas’ statements leveling allegations of bribery against him, Karti underlined that the allegations were being made by the murder accused 10 years after the alleged bribery incident.

While Karti’s lawyer Abhishek Singhvi claimed that Indrani Mukerjea made the confession under the compulsion of the CBI, prosecutor Tushar Mehta clarified that Indrani was not in the CBI custody but in judicial custody and her statement was needed to be taken as evidence.

Earlier, the CBI court at Patiala House witnessed a heated argument between Singhvi and the CBI counsel, while the lawyer called Karti’s arrest “bizarre” and an effort by the agency to show its “bosses that (they) are doing some arrest”.

The CBI has accused Karti of illegally taking service charges for obtaining Foreign Investment Promotion Board (FIPB) clearance to the INX Media, for receiving funds from abroad worth Rs 305 crore in 2007 when his father P Chidambaram was the finance minister in the Congress-led UPA Government.

Earlier in May 2017, the Enforcement Directorate (ED) had registered a money laundering case against Karti for his alleged involvement in facilitating clearance from the FIPB for INX Media Ltd and its directors, Peter Mukerjea and Indrani Mukerjea.