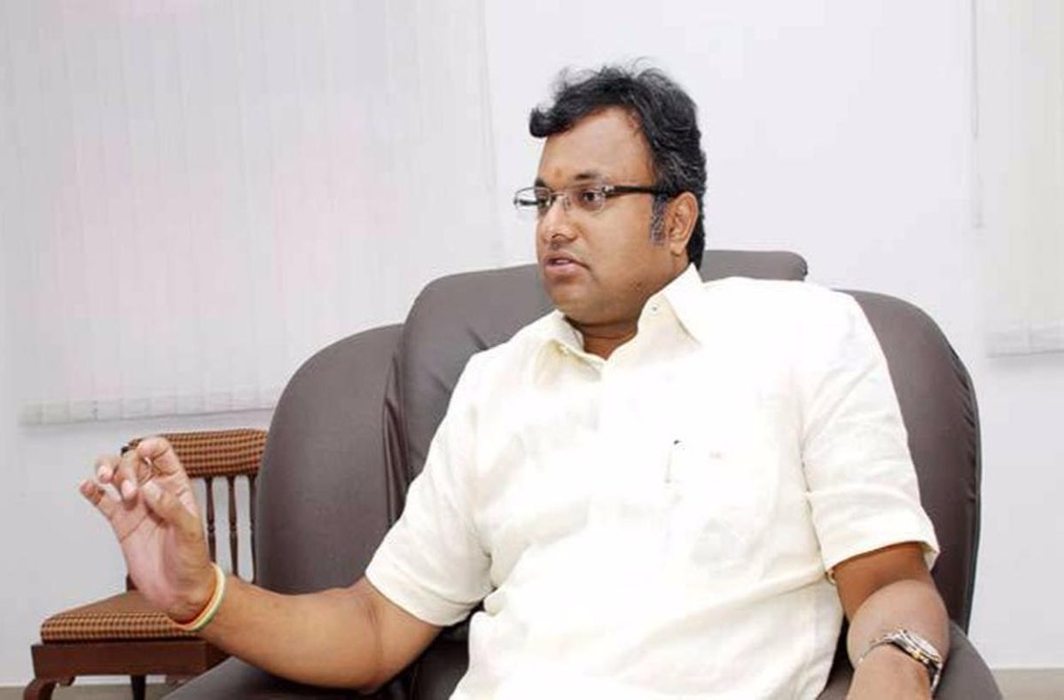 Former Union Finance Minister P Chidambaram’s Son Karti Chidambaram, who was arrested by the Central Bureau of Investigation (CBI) in Chennai on Wednesday (February 28) morning as soon he landed at the airport from his London trip was later in the day produced before Patiala House Court duty magistrate Sumeet Anand. The court heard submissions from both parties and till time of this being published, the decision had not been given by the magistrate.

The CBI said in court that Karti was arrested for not cooperating with investigators. The agency said that there were many things which “we cannot disclose in open court.” The asked for 15 days of remand of Karti.

The counsel for the CBI said: “He was not cooperating and was frequently flying abroad.”

Singhvi said on behalf of Karti: “I have nothing to fear, I have nothing to hide and I have gone to abroad and have come back also. Don’t use power of arrest. I will surrender my passport and will take any condition and I will appear whenever  summoned. This is not a case for arrest at all. The allegation is of Rs 10 lakh. The CBI has not filed a single status report. There is no point in marking remand application without status report. I have cooperated 110 percent with the CBI and with the ED.

He continued: “The CBI is apprehensive of my frequent foreign visits. Why?  Am I a threat to flight safety? It’s a distortion of facts. I went abroad only after getting permission from the Supreme Court.

“Forget remand it is not a case of even arrest. Karti has no connection with the Advantage Strategic Consulting (P) Limited which allegedly received kickbacks,” said Singhvi. “Not a single official has been questioned over FIPB clearance to INX. I am making a verbal prayer against the CBI’s remand application. The accused is entitled to make a verbal bail application.”

The counsel continued: “My reward for complying with previous summons is my arrest just after landing here. Instead of asking for bail I am asking for no remand.”

The CBI counsel said: “Karti cooperated with agencies only after the Supreme Court’s order. Karti didn’t provide itinerary of his foreign visits. Status report hasn’t been filed because there is no such direction by any Court. He left country without complying with directions. The matter is pending before the high court.

The agency officials had stared questioning him within the airport premises and then took a flight to Delhi later in the day. A case against Karti is on at the Supreme Court [this is in a related Enforcement Directorate (ED) matter] and on February 23, the court’s bench of Chief Justice of India Dipak Misra, and Justices Amitava Roy and D Y Chandrachud had refused to stay a summon order issued by the ED against him. The court accepted the CBI’s comment that he was “not a common criminal”.

The court had decided to hear the matter on March 6. This time was available after Karti’s counsel, senior advocate Kapil Sibal, sought time to file a proper application to challenge the ED proceedings.

The allegation against Karti is that he issued his father’s influence in arranging a Foreign Investment Promotion Board (FIPB) clearance for INX media. The CBI had said that Karti had received Rs 10 lakh for the ‘deal’ which provided tax avoidance routes.

In Delhi Karti told the media that he had denied the money laundering charges made against him and said that this was vendetta and that “I will be vindicated.” As per the CBI, apart from the Rs 10 lakh Karti also received Rs. 3.5 crore through a company linked to him.

Political voices started chirping immediately after. Congress spokesperson Randeep Singh Surjewala called it a “classic diversionary tactic of the government to hide their own corrupt governance model that is being exposed on a daily basis– be it Nirav Modi, Mehul Choksi, Dwarka Das Seth Jewellers.”

BJP spokesperson Sambit Patra said: “This is law, not vendetta. If corrupt are being jailed and the law is taking its own course, I see no reason why any political party should cry vendetta.” 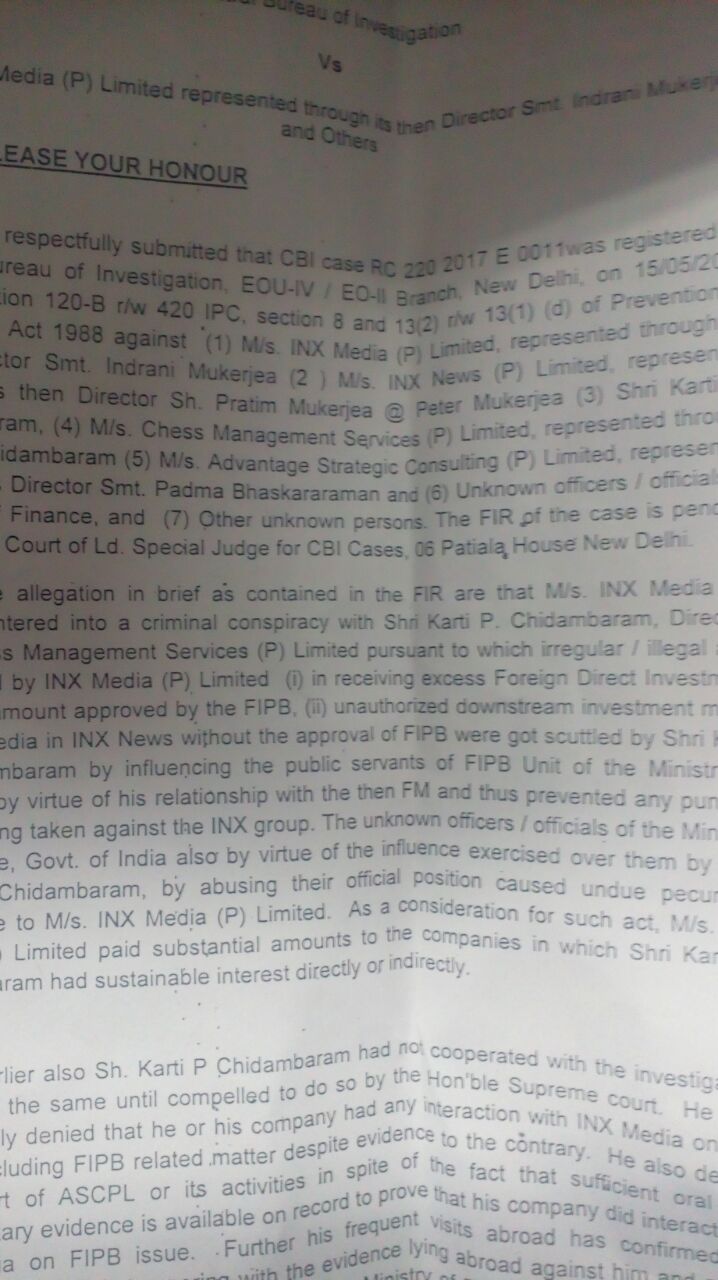 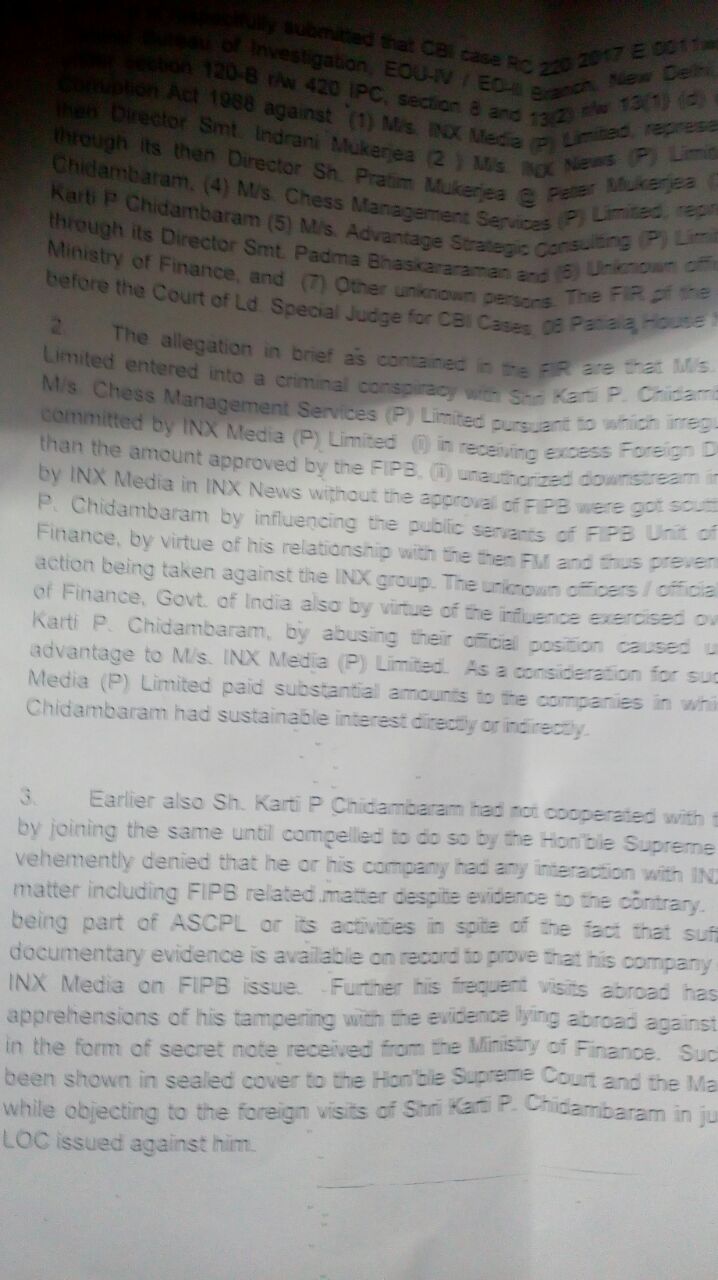 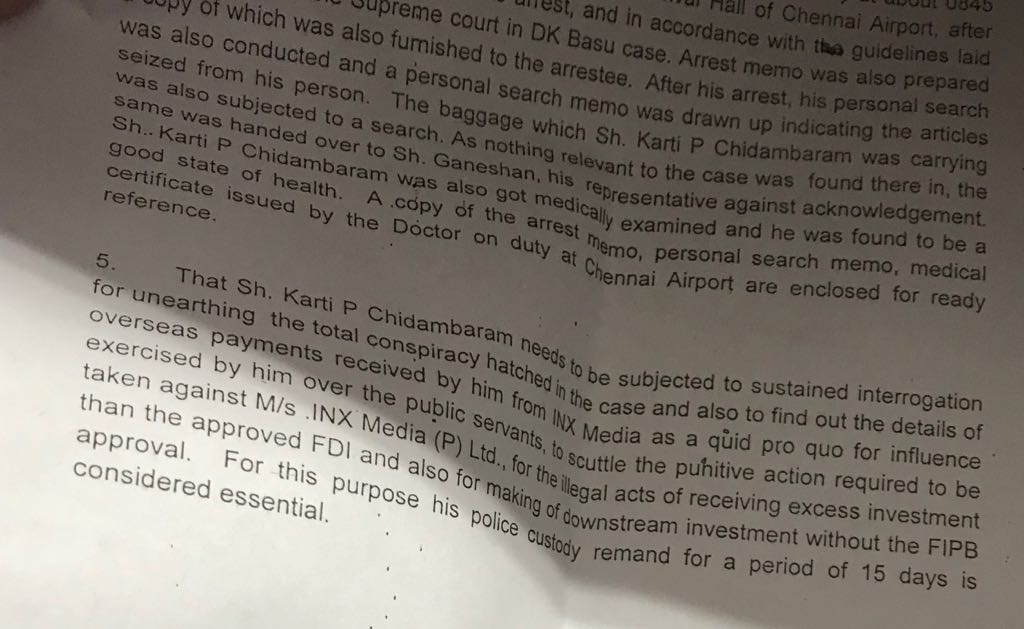