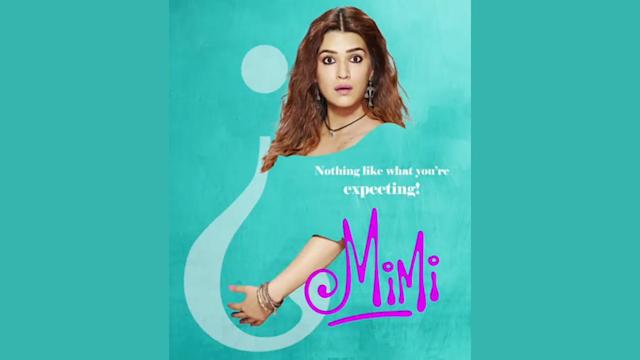 The actor shared the poster of the film on her Instagram account, captioning it this July, expect the extraordinary from the ordinary!

The film is produced under the banner of Dinesh Vijan’s Maddock Films in association with Jio Studios. Mimi is based on the Marathi film Mala Aai Vhaaychy which won the National Award for Best Feature Film in Marathi in 2011.

Earlier, while talking to news agency PTI, Sanon had clarified that Mimi is not going to be a serious, preachy movie on the subject. She said It’s not preachy or serious. It’s not like you are going to watch a film on surrogacy and it’s going to be a documentary film. It’s a very entertaining film, filled with humor, and a lot of ups and downs. There’s a beautiful graph of the woman I am playing, Mimi, where she wants to be an actress.

Read Also: Cabinet reshuffle: 7 ministers of state get a thumbs up

Sanon’s other lined-up projects are Akshay Kumar-starrer Bachchan Pandey and Bhediya. She was last seen in Ashutosh Gowariker’s Panipat.

In other India news, Prime Minister Narendra Modi’s new cabinet has got 36 new ministers on Wednesday after a mega reshuffle.

Cabinet reshuffle: 7 ministers of state get a thumbs up