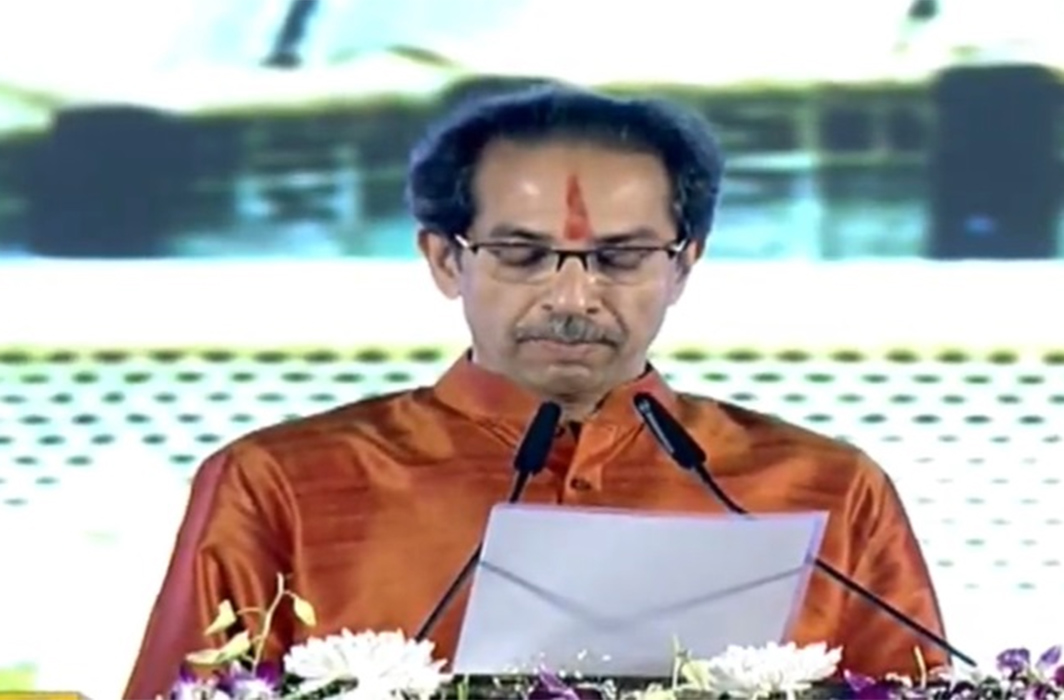 Shiv Sena chief Uddhav Thackeray took oath as the Chief Minister of Maharashtra at the historic Shivaji Park in Mumbai’s Dadar. The head of the Shiv Sena-Nationalist Congress Party (NCP)-Congress alliance, Maharashtra Vikas Aghadi, Uddhav has become the first chief minister from the Thackeray family and the third from the Sena after Manohar Joshi and Narayan Rane.

Prime Minister Narendra Modi was among the first ones to congratulate the new Maharashtra Chief Minister. “Congratulations to Uddhav Thackeray Ji on taking oath as the CM of Maharashtra. I am confident he will work diligently for the bright future of Maharashtra,” PM Modi tweeted.

MNS chief Raj Thackeray, Uddhav Thackeray’s estranged cousin, who was invited by him personally last evening made sure he attended the ceremony.

Thackeray, 59, will hold the first cabinet meeting of the new alliance government around 8 pm.

Here are the updates:

07:08 pm: The ceremony culminated with the singing of the National Anthem.

06:57 pm: Chhaggan Bhujbal of the NCP also sworn in. He was arrested in a money-laundering case in 2016 and was in jail before the Bombay High Court granted him bail in May 2018.

06:44 pm: Firecrackers can be heard in the background.

06:40 pm: Uddhav Thackeray and Sharad Pawar are on the stage.

06:38 pm: Former chief minister Devendra Fadnavis was seen next to the Ambani family on the stage.

06:37 pm: Top industrialist Mukesh Ambani along with wife Nita are seen on the stage with son Anant Ambani.

06:25 pm: Dr Manmohan Singh, who also skipped the ceremony, in a letter to Uddhav Thackeray said: “I am very happy to know that you are taking oath as the 19th Chief Minister of Maharashtra. It is a historic event and I commend you on your visionary leadership.”

06:10 pm: Balasaheb Thorat of the Congress, who is likely to take oath along with Uddhav, has arrived at Shivaji Park.

06:07 pm: Shiv Sena’s Eknath Shinde and Sanjay Raut have reached the venue. Sources say that NCP chief Sharad Pawar is on his way. He is accompanied by his daughter Supriya Sule.

06:05 pm: Supporters and workers of all three parties have gathered at the Shivaji Park for the grand ceremony.

05:55 pm: “I will not be taking oath today. Today six leaders will be taking oath from each party,” Ajit Pawar said after a meeting with uncle and NCP chief Sharad Pawar and other party leaders.

05:50 pm: Former Congress chief Rahul Gandhi in a letter to Uddhav Thackeray said: “I am glad that Maharashtra Vikas Aghadi has come together to defeat the BJP’s attempt to undermine our democracy. I regret that I am unable to be present at the function.” 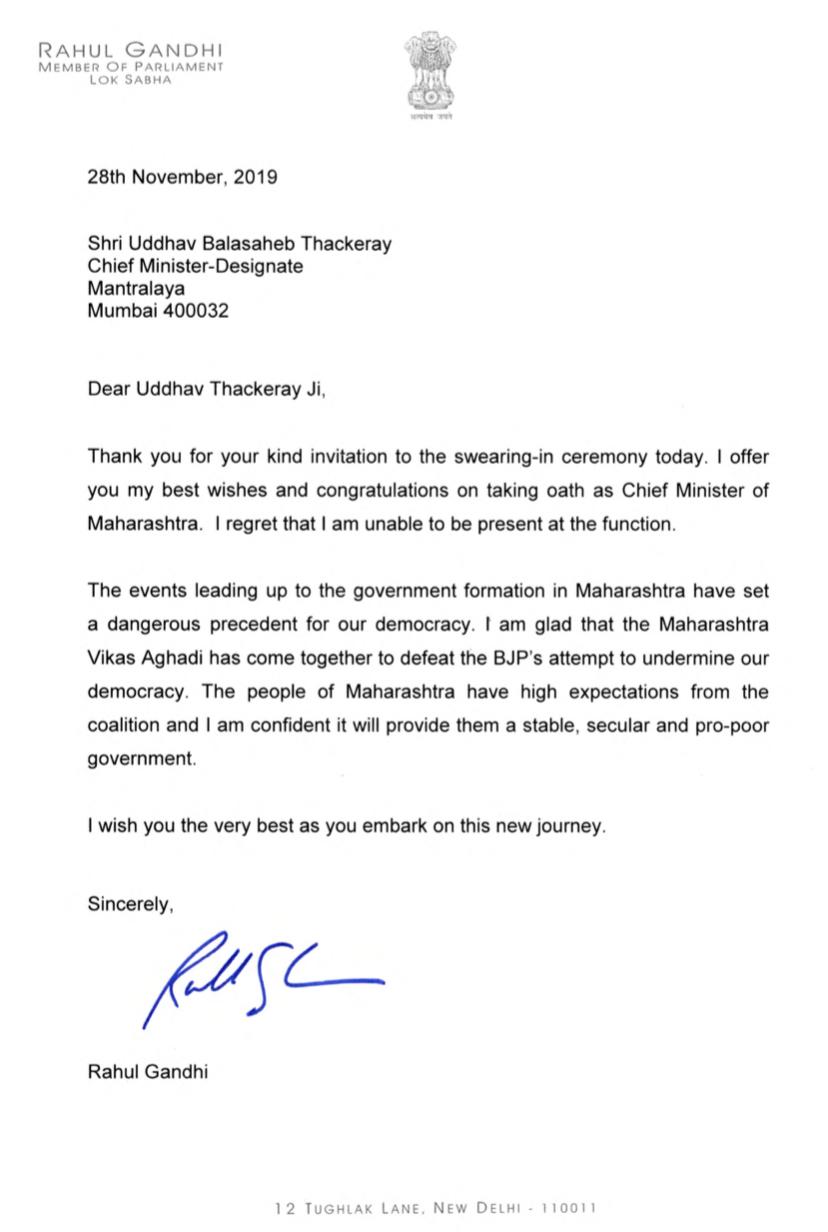 05:05 pm: Sonia Gandhi wrote to Uddhav Thackeray saying “Shiv Sena, NCP and Congress have come together under quite extraordinary circumstances at a time when country faces unprecedented threats from BJP. I regret I’ll not be able to attend the ceremony.”

Aaditya Thackeray flew down to Delhi last evening and met several political leaders including Sonia Gandhi and former Prime Minister Manmohan Singh to invite them to his father’s oath ceremony.

04.50 pm: NCP’s Ajit Pawar, who took oath as Devendra Fadnavis’ deputy in a dramatic, unannounced ceremony on Saturday, is set to be Deputy Chief Minister of Maharashtra once again after his dramatic betrayal and homecoming, sources in the party said this evening. But it isn’t happening today.

Uddhav Thackeray takes oath tomorrow, no decision on his deputy yet