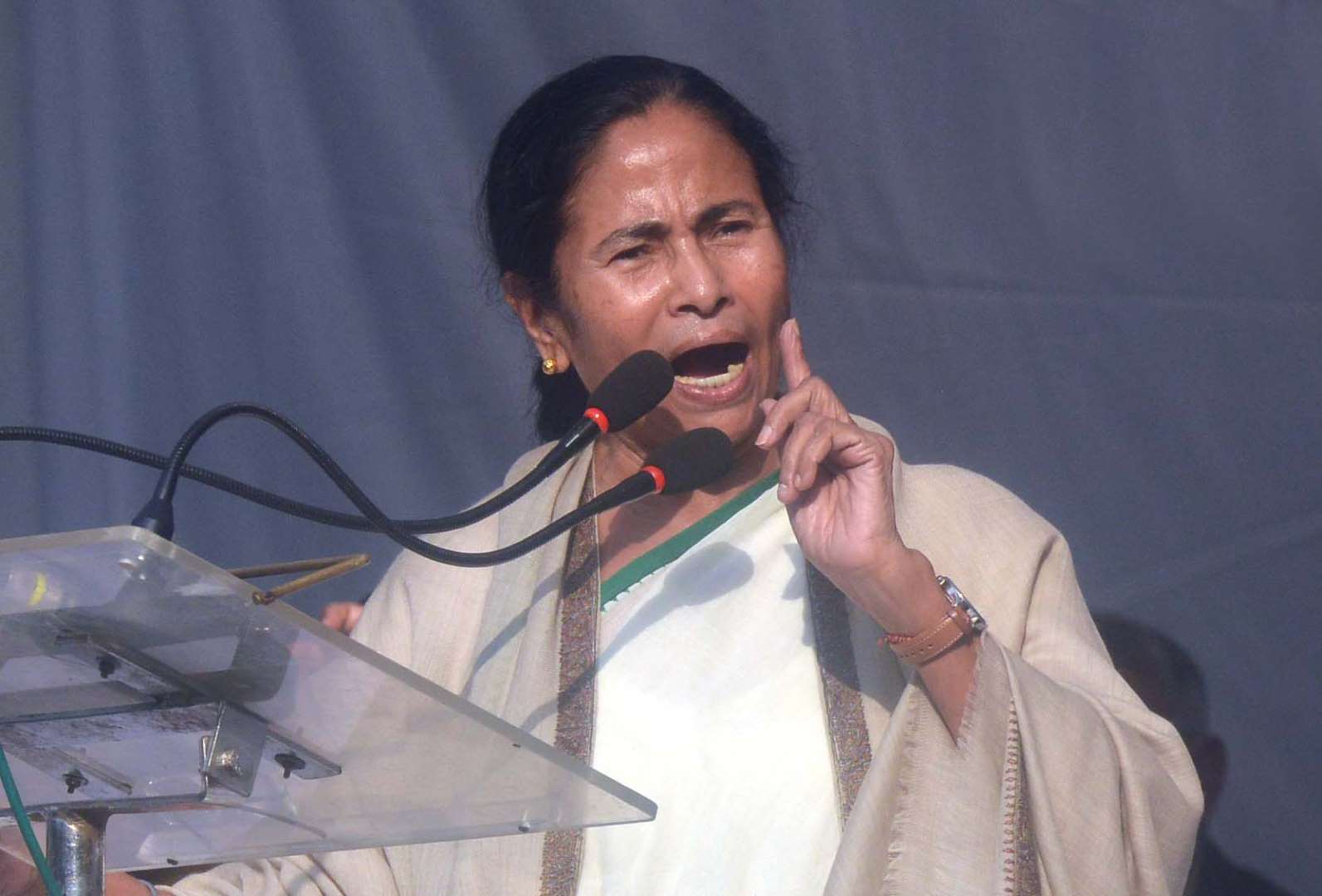 [vc_row][vc_column][vc_column_text] Mamata Banerjee announced ‘BJP Bharat Charo’ programme in Bengal which will be held from August 9 to August 30, where workers would take out rallies and hold public meetings highlighting the BJP government’s failure throughout Bengal.

While addressing the rally in Kolkata commemorating 1993 Kolkata firing, Mamata said, “Trinamool Congress gives a nationwide call today…starting August 9 to August 30 this year will be BJP Bharat Choro movement. An emergency-like situation will be held, not sure if rights will be upheld,” she was quoted as saying by NDTV.

“Bengal is with Soniaji (Congress chief Sonia Gandhi). We are with Nitishji (Nitish Kumar), we are with Arvind (Arvind Kejriwal), Laluji (Lalu Prasad), Navinji( Navin Patnaik). We will support anyone who opposes BJP. There will is a grand alliance formed before the Lok Sabha polls. Big brother (BJP) will be ousted from power in the next Lok Sabha polls,” said Mamata Banerjee speaking at a mammoth rally in Kolkata to commemorate July 21 Martyrs Day.

“Those who are thinking 2019 (Lok Sabha) is in their pocket, are wrong. There is a big hole in that pocket. Modi will get only 30% of the votes. We take it as a challenge to drive BJP out,” she said.

She announced the ‘BJP Bharat Charo’ programme in Bengal which will be held from August 9 to August 30, where workers would take out rallies and hold public meetings highlighting the BJP government’s failure throughout Bengal. She also announced a series of political programmes in the state targeting primarily BJP, who she blamed for spreading of communal hatred not only in Bengal but throughout the country.

“Notebandi and now GST have crippled the nation’s economy. GDP is down and thousands are losing jobs. Scams like Vyapam worth thousands of crores have happened in the rule of BJP. To divert attention, atrocities are being committed in the name of cow and other issues,” said the chief minister.

“They (BJP) are telling us what to wear and what to eat. It is being dictated, whether we can wear saree or we can eat meat,” Mamata said.

“Even Hindus can’t survive the fake Hinduism. Don’t know if Dalits, Muslims can survive with dignity,” she was quoted as saying by NDTV while addressing the Martyr’s Day rally in Kolkata.

Reacting sharply to her words, BJP State Chief Dilip Ghosh accused the TMC of holding the rally for political gains. “None of the martyrs (those killed in 1993) firing have got justice. The person who shot then was an officer then and today he is a minister in the TMC. He is governing the country,” Ghosh said.

Recently, she has been at loggerheads with the NDA government over various issues ranging from Naradha and Saradha scams to Gorkhaland protests.  [/vc_column_text][/vc_column][/vc_row]

Related Topics:BJPGorkhalandMamata Banerjee
Up Next

It is for States to take action against cow vigilantes, Centre tells SC