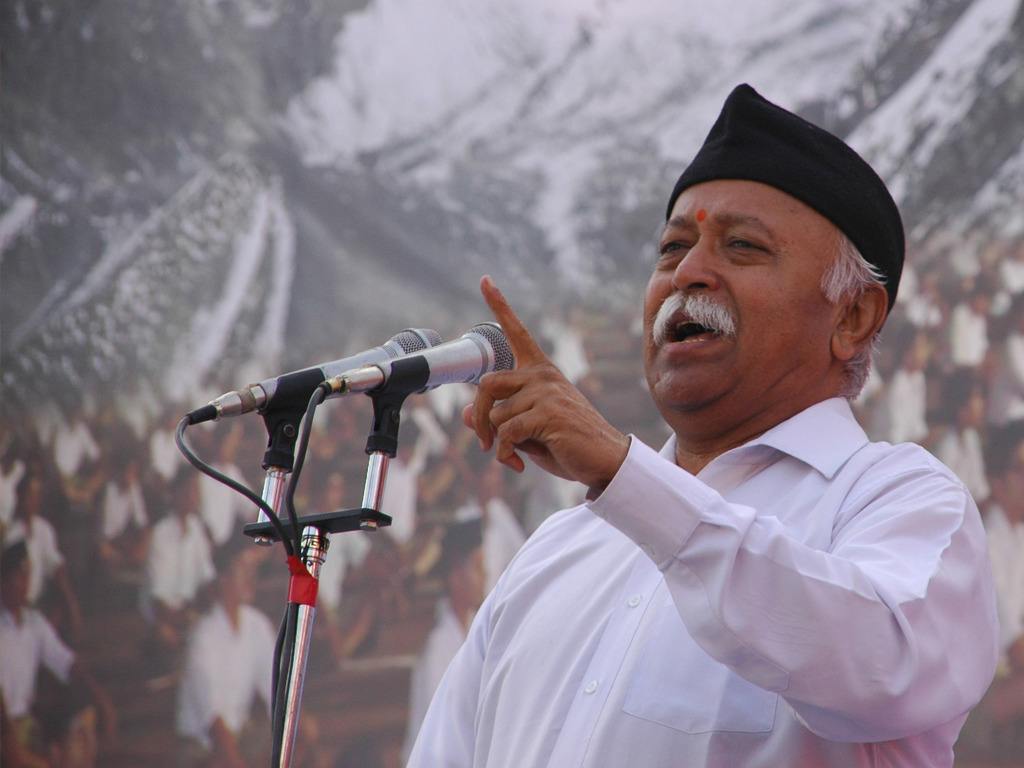 The RSS chief Mohan Bhagwat on Sunday said the conversion of Hindus into other religions for marriage is wrong and those who do it are also wrong. This was happening for small selfish interests and because Hindu families were not giving their children the values of pride for one’s religion and traditions, Bhagwat said at an event in Uttarakhand’s Haldwani where he was addressing RSS workers and their families.

At the event, Bhagwat spoke at length of topics about Indian family values and preserving them.

While addressing the RSS workers and their families, Bhagwat asked the public that how do conversions happen and how do Hindu girls and boys adopt other religions for petty selfishness, for marriage?

Hindus need to give their children the values of the world’s old religion at their home. It also needs to instill pride in them for themselves, their religion and respect towards Hindu tradition of worship, the RSS chief said.

This also comes at a time when the BJP rulling governments implementing love-jihad laws to tackle the alleged conspiracy theory of love jihad, a theory proposed by some right-wing groups that Hindu women are being forcibly converted.

Bhagwat also urged the people to answer questions in this regard without being confused. He said do not be confused and should prepare for their children.

Bhagwat also suggested 6 mantras to stay connected to the roots of Indian culture include language, food, devotional songs, travel, dress and house. He asked people to hold discussions on these matters including environmental issues pertaining to saving water and planting more saplings.

He also raised the issue of how at most RSS events, only men were visible.

Bhagwat said India had a lot of wealth until the Mughals came. From the 1st to 17th century – before the Mughals had not started to looting the country– India was economically the most prosperous country in the world. That is why it was called the golden bird, Bhagwat said.

Notably, Mughal Rule in India began in the early 16th century and continued till the early 19th century.

The RSS chief also spoke about the role of parents to educate their children about what to watch and what not to watch on OTT platforms that streams all kinds of content.