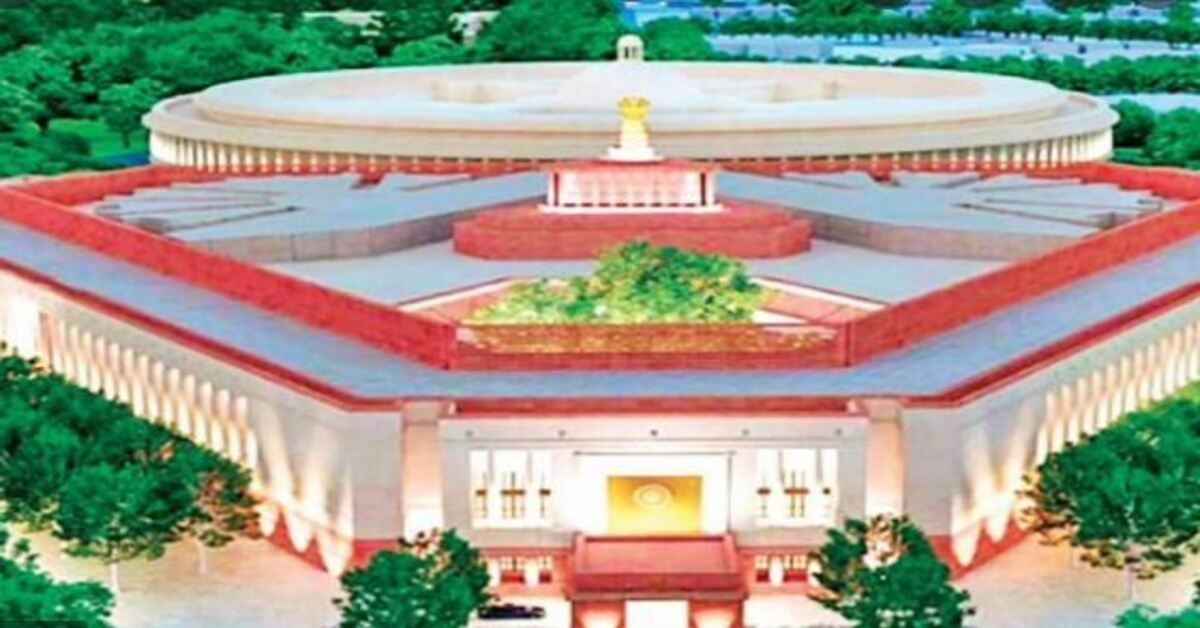 The most awaited new parliament and central administrative area, Central Vista, in the national capital will be unveiled at 7 pm today by Prime Minister Narendra Modi. It has a new Parliament building, a common central secretariat, and a three-kilometre-long Kartavya Path from the Rashtrapati Bhavan to India Gate.

PM Modi said that if the old Parliament House gave direction to post-independent India, the new building will become a witness to the creation of AatmaNirbhar Bharat.

The project aims to strengthen governance infrastructure by building new facilities for India’s Parliament, an efficient and sustainable Central Secretariat to house all the ministries of the Government of India.

According to the Ministry of Housing and Urban Affairs, the objective of the Central Vista Development/Redevelopment Master Plan is to improve the productivity and efficiency of administration by providing it with highly functional and purpose-designed office infrastructure.

It said that combining all 51 Central Government Ministries in 10 Common Central Secretariat buildings would allow for easy movement of personnel, documents and goods, thereby increasing administrative efficiency. The proximity and ease of inter-departmental movement, along with flexible and modular floor plans would enable the government to function in a more efficient and productive manner.

It further said that it would create modern workspaces with the latest technology for better productivity and efficient utilization of human resources. The infrastructure and facilities would be built at par with global standards. The redevelopment project would augment efforts toward sustainable development, with the construction of green buildings and clean transportation. Overall, redevelopment would trigger efficiency and synergy in the Government’s functioning.

In May 2021, twelve opposition party leaders wrote to the Prime Minister urging him to stop the construction of the Central Vista. They suggested that the Central Vista Project’s fund should be used to strengthen the health infrastructure in the country.