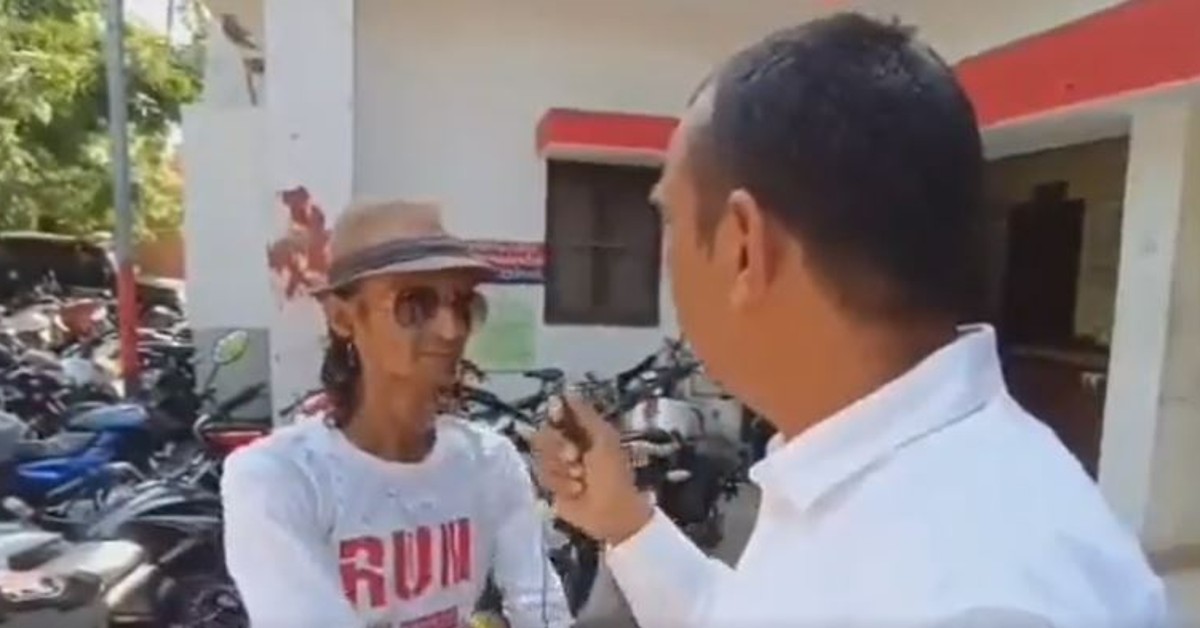 A new video has taken over the internet where the dog owner from Ghaziabad could be seen defending his dog biting delivery guy’s private parts. The video was shared by a regional journalist straight from the Police Station where one of the owners was arrested incase of irresponsibility.

But what came to be the most shocking part of the video was the owner claiming his dog did nothing wrong as dogs have a habit of plunging on others. He further said that he doesn’t care about his brother being arrested as he’ll soon be free but he wants his nephew to reach home safe.

When the dog owner was asked about why wasn’t he active enough to stop the dog, he said that dogs have an tendency to attack unknown people in their territory and his dog is no different. He further questioned the journalist that even if you enter with your camera and mike to anyone’s home, then he or she might even slap you, so why the dog is being blamed.

The dog owner further revealed that his dog his very vegetarian and is puts up a tika and walks with him on the road. The man said that he’s names the dog as Rani Pandey and said, “hum Pandey hain to humara kutta bhi Pandey hi hoga na.”

For the unversed, days after a video of a pet dog biting a kid inside a lift went viral, another such video had caught the internet’s attention. In the horrifying video, a German Shepherd dog bit a Zomato delivery guy in his private parts and which left him bloodied.

The viral video was shared by a Twitter user and is said to be from Uttar Pradesh’s Ghaziabad. In the video, the Zomato delivery guy could be seen waiting to get out of the lift. As the door opens, the dog lunges at the delivery guy and bites him in his private parts.