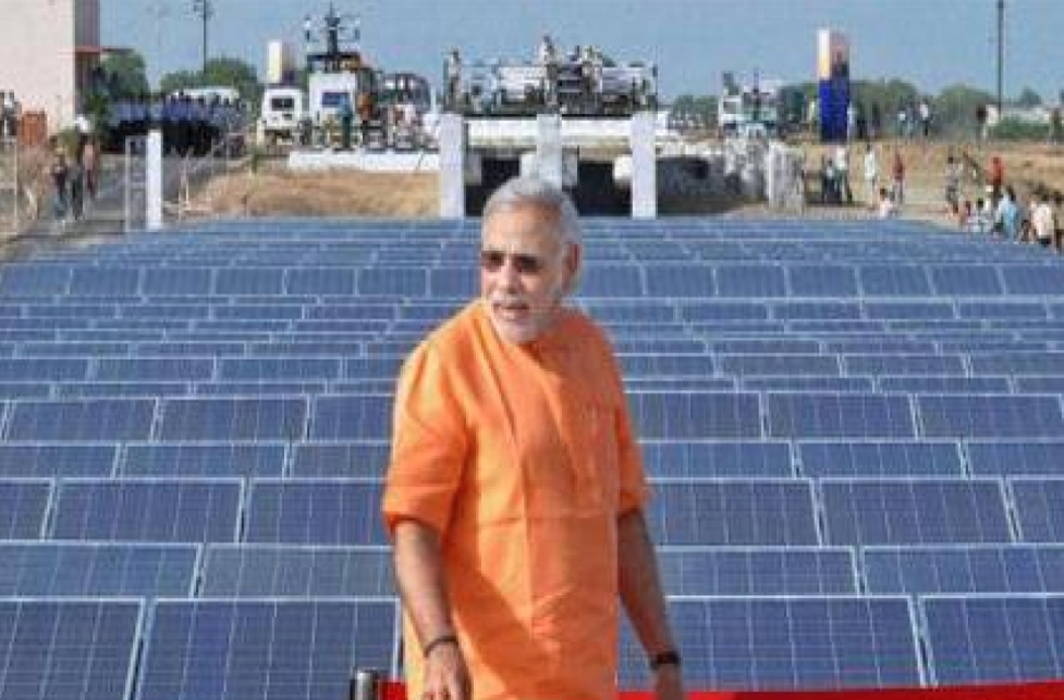 Kochin Airport also honoured for leadership in use of sustainable energy

India’s endeavours for promoting solar and renewable energy got global recognition on Wednesday when Prime Minister Narendra Modi has been awarded with the UN’s highest environmental honour, bestowed upon five other individuals and organisations, for his leadership of the International Solar Alliance and pledge to eliminate single use plastic in the country by 2022.

According to agency report from New York, French President Emmanuel Macron and Prime Minister Narendra Modi have been jointly recognised in the Policy Leadership category for their pioneering work in championing the International Solar Alliance and promoting new areas of levels of cooperation on environmental action.

Macron’s work on the Global Pact for the Environment and Modi’s unprecedented pledge to eliminate all single-use plastic in India by 2022 brought them together for attracting the honour.

Cochin International Airport has been honoured for its leadership in the use of sustainable energy.

Beyond Meat is a Los Angeles based producer of plant based substitutes founded in 2009 by Ethan Brown. Its products became available in US at Whole Foods Market in 2013.

Impossible Foods is a company that develops plant-based substitutes for meat and dairy products. It is based at Redwood City in California. The company aims to give the taste and nutritional benefits of meat without the negative health and environmental impacts associated with livestock products.

Every year, six of the world’s most outstanding environmental change makers have been recognised with the Champions of the Earth Award, the UN’s highest environmental honour, constituted in 2015. This awards programme is a successor to UNEP’s Global 500 Roll of Honour.

The UN Environmental Programme said, “This years’ laureates are recognised for a combination of bold, innovative, and tireless efforts to tackle some of the most urgent environmental issues of our times.”

To recognize outstanding environmental leaders from public and private sectors and civil society, the UN Environment Programme established an annual awards programme known as “Champions of the Earth” in 2005.

Every year five to seven laureates are selected. Each laureate is invited to an award ceremony to receive a trophy, give an acceptance speech and take part in a press conference.

Adultery not a crime, can be a ground for divorce, says Supreme Court

Supreme Court rules 4-1 Aadhaar as constitutionally valid, but not required for everything