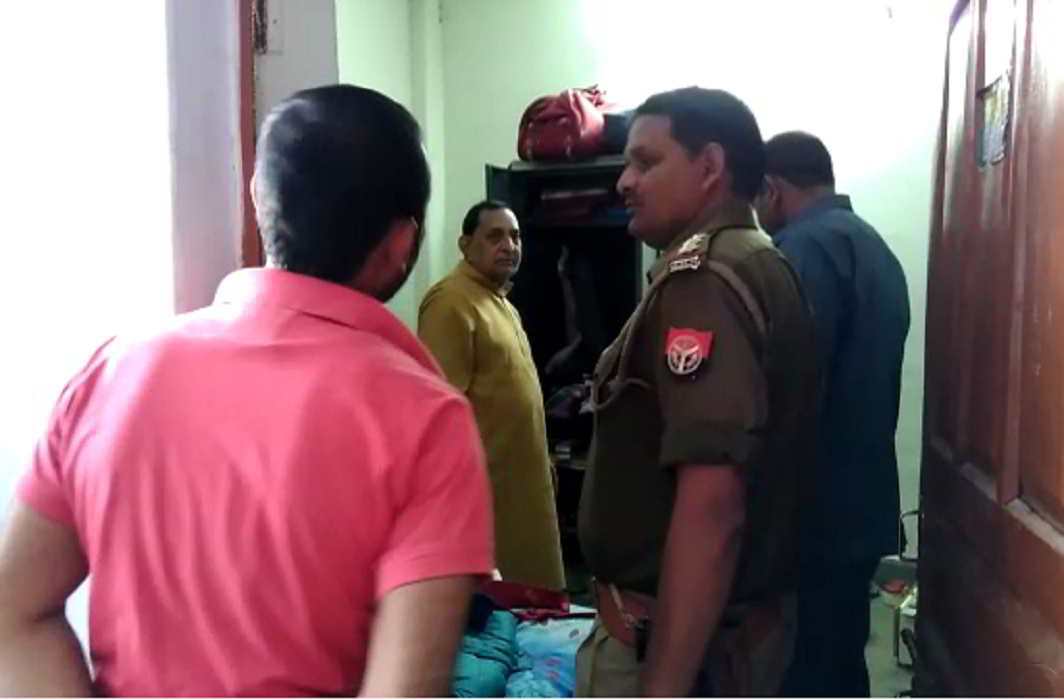 Sonbhadra: In a surprising incident, UP police has been showing sympathy for thieves and discouraging aggrieved persons, including our journalist Rangesh Singh, from registering First Information Report (FIR) in Sonbhadra city. The three-storey house of Singh’s family and that of his neighbor, Satish Aggarwal, situated at VIP Road, were burgled on the night of March 16.  ICICI Bank functions from the ground floor of Aggarwal’s house.

Both the aggrieved persons were advised to visit the police station to lodge a complaint. But the officer in charge “successfully convinced” them to give them two days time for arresting the culprit. He did not write the FIR.

Singh has disclosed that thieves took cash worth Rs 25,000 from his wife’s almirah but failed to rob his grandmother’s cupboard located on a different floor. Aggarwal, on the other hand, lost Rs 50,000 in cash and original Identification documents of his family members.

On the morning of March 17, he, along with Aggarwal, went to the station to lodge the FIR. But he says he was advised “not to enter into legal hiccups” and write a false complaint that his purse has fallen somewhere outside his house.

Though the police can access CCTV footage from cameras installed by ICICI Bank where the thieves’ faces are visible, they have not done so and have chosen not to file the FIR in face of such undeniable evidence. The complainants were assured by police that the two burgled mobiles have been kept on surveillance and they should patiently wait for the outcome of the investigation.

Two security guards are posted at ICICI Bank at night. Police presence in VIP Road area is generally greater than any other locality in the city.

Sonbhadra in UP is incidentally the only district in the country having its borders touching four states—Bihar, Jharkhand, Chhattisgarh and Madhya Pradesh.[/vc_column_text][/vc_column][/vc_row]

Rahul is the best bet for Congress