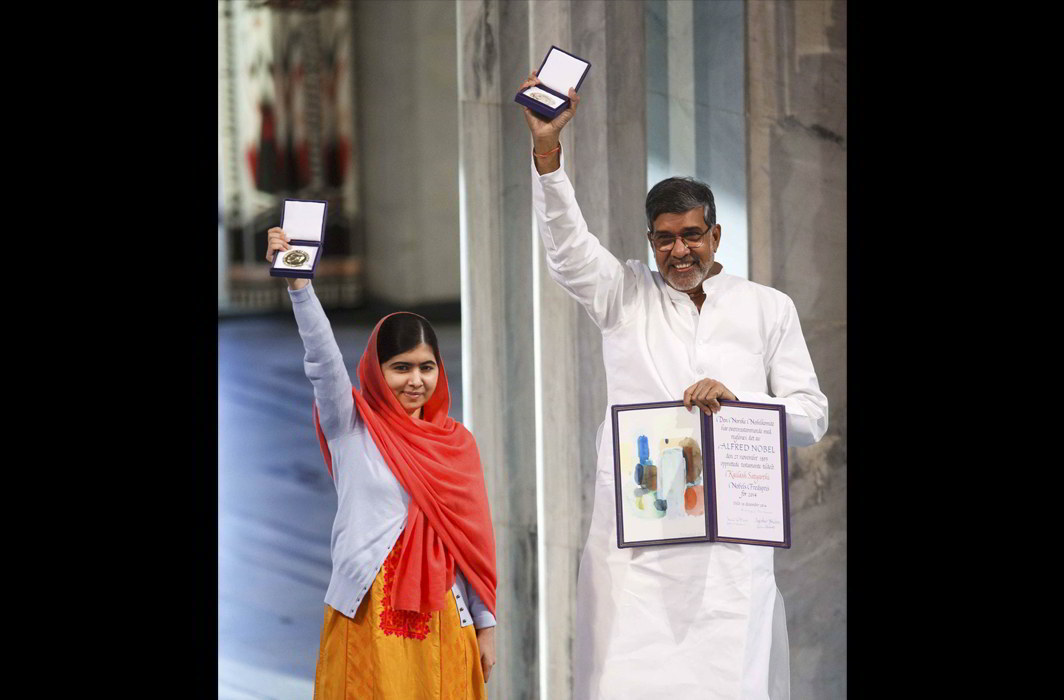 [vc_row][vc_column][vc_column_text]It’s the latest instance of theft of the Prize, which has taken place a few times globally

The citation which child rights activist Kailash Satyarthi received along with the Nobel Peace Prize he won in 2014, along with Pakistan’s Malala Yousafzai, was stolen from his south Delhi house on Monday night. His Nobel Prize is safe at the Rashtrapati Bhavan, because he had dedicated his prize to the nation.

Whether it is a case of petty theft has yet to be ascertained by the police, because other items were also stolen from his Alaknanda flat, say reports. However, a citation is of as special a significance to the winner as the Nobel medal itself.

Satyarthi is currently in the US, attending a conference.

This brings back to memory the theft of the Nobel medallion (won for literature in 1913) of Laureate poet Rabindranath Tagore from the Vishwa Bharati University museum in March 2004.

That medallion, despite several leads, including a recent one in which a baul singer was questioned, was never recovered. It has remained a shameful history of the university that Tagore built, rising to become one of the pre-eminent institution of the arts in the world.

The information was given by Satyarthi’s son Bhuvan Ribhu, a senior Supreme Court lawyer, who was suspicious after he found the front gate of the house broken. Ribhu has filed an FIR under Section 380 (house theft) of the IPC. The police have already taken fingerprints from the scene of the crime.

Satyarthi, an engineer by training, founded the Bachpan Bachao Andolan, has freed and rehabilitated over 80,000 children from bondage.

The very idea of stealing awards is not so uncommon. It is generally categorized as a common theft, for ransom or resale.

There are several instances of such thefts in the world, from the fields of sports, art and culture and even the military.

Kay Miller’s Nobel medal for ‘International Physicians for the Prevention of Nuclear War’ was stolen from the UK in 1985. It was recovered. Another Nobel medal stolen was the Peace Prize won by Arthur Henderson, said to be one of the founding fathers of the Labour Party.

Another Nobel, the physics medal won in 1939 by Ernest Lawrence, was stolen in 2007. It was later recovered.[/vc_column_text][/vc_column][/vc_row]