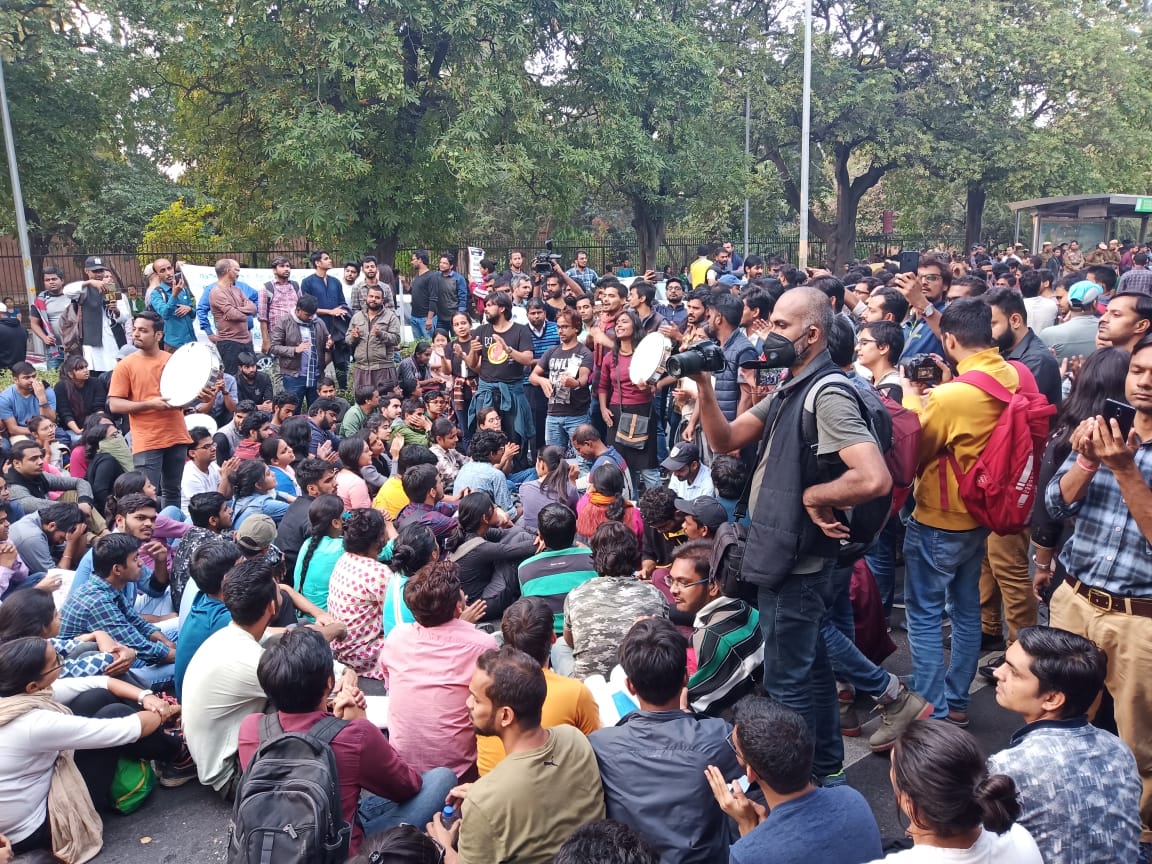 Ever since the ruling BJP and Shiv Sena, partners for 35 years, broke up over power sharing in Maharashtra, the Uddhav Thackeray-led party has been launching one attack after another on its ex.

The Sena, which sources say is close to forming a non-BJP government in Maharashtra with the help of Sharad Pawar’s NCP and the Congress, said the BJP would have created a ruckus in Parliament had such action been taken during the Congress rule.

In an editorial in its mouthpiece Saamana, the Sena said it was worrying to see the way JNU students were allegedly thrashed by the Delhi police. The protesting students were marching to Parliament against hostel fee hike by the university administration.

While the students alleged they were baton-charged, police have denied having used force.

“The lathi-charge on JNU students in Delhi was inhuman… The BJP would have created a ruckus in Parliament and organisations like ABVP would have given a call for nationwide bandh had such an incident taken place during the Congress rule,” the Sena said. “The police force which thrashes visually-challenged students cannot be servants of people and protectors of law. Do not trample down at least the students. No government should run amok in this manner,” it said.

The party, however, said students also need to maintain discipline. “No one will support the students’ action of crossing barricades during the protest on Monday, it said.

Terming the hike in JNU hostel fee “exorbitant”, the Sena sought to know what the government has done to address the concerns raised by the students.

Meanwhile, the NCP, which also appears keen on coming to power in the financial capital of the country with the help of Shiv Sena, gave Zero Hour notice in Rajya Sabha on the issue of hostel fee hike.

The JNU students’ agitation has been on for over two weeks since a draft hostel manual was issued that proposed a massive hike in the hostel fee, dress code and curfew timings.

The fee was partially rolled back amid protests, but students call it an “eyewash” and warn their protest will continue till there is a complete rollback.

The Jawaharlal Nehru University Students Union (JNUSU) has blamed the Vice-Chancellor M Jagadesh Kumar for the crisis at the university and has urged the Ministry of Human Resource Development to remove him from his post.

Ahead of Maharashtra floor test, BJP MLAs meeting at 9 tonight