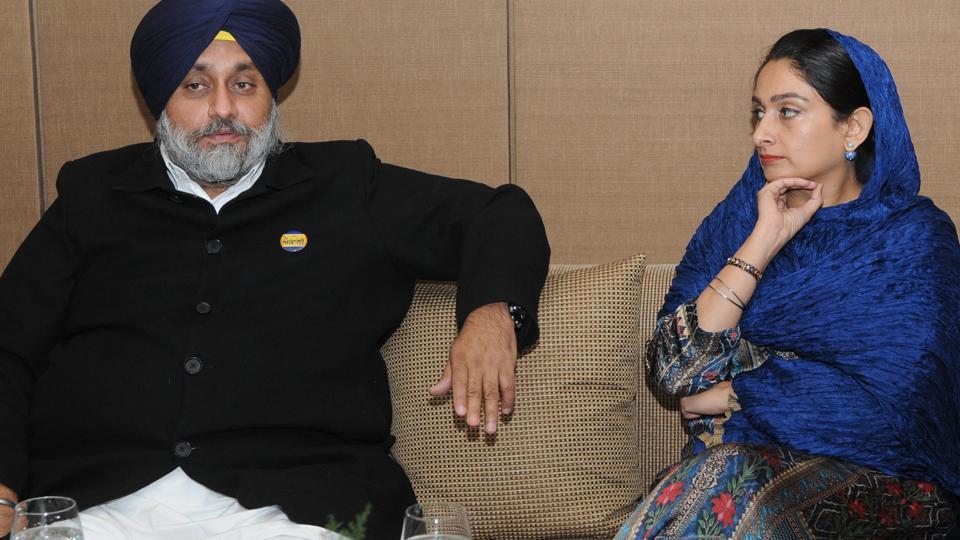 Amid the Black Friday protest march led by the Shiromani Akali Dal (SAD) on completion of one year of the enactment of Centre’s three farm laws, the Delhi police have detained SAD chief Sukhbir Singh Badal, and former Union Minister Harsimrat Kaur Badal along with 13 others. The detained party leaders are taken to Sansad Marg Police Station.

Before being detained, Badal told reporters that Modi government and Haryana government stopped the SAD party workers and beat them with lathis. They resorted to baton charge and broke our vehicles. A peaceful protest was stopped. We’ve come here to give a message to PM Modi that not only Punjab but entire country is against his government, Badal told news agency ANI.

In a tweet shared early on Friday, the Shiromani Akali Dal said that all Delhi borders have been sealed and Punjab vehicles were being stopped by authorities. “Punjabis are being told that our entry has been restricted. Our peaceful voices have seemingly scared the powers that be, SAD tweeted.

However, On the other hand, Harsimrat Kaur Badal in her address accused the Center and said, ‘Sabka Saath, Sabka Vikas was promised but this government has betrayed the farmers of the whole country. After independence, Punjabis and farmers have worked in the interest of the country. Farmers are sitting on Delhi borders, many have been martyred but this government don’t care.

In other India news, former-Mumbai cop Sachin Vaze told the Enforcement Directorate that the then Home Minister Anil Deshmukh wanted Arnab Goswami arrested in the Television Rating Points (TRP) scams case, according to the report of Bar and Bench.

Babar Azam breaks silence over his captaincy, says no idea about change in leadership