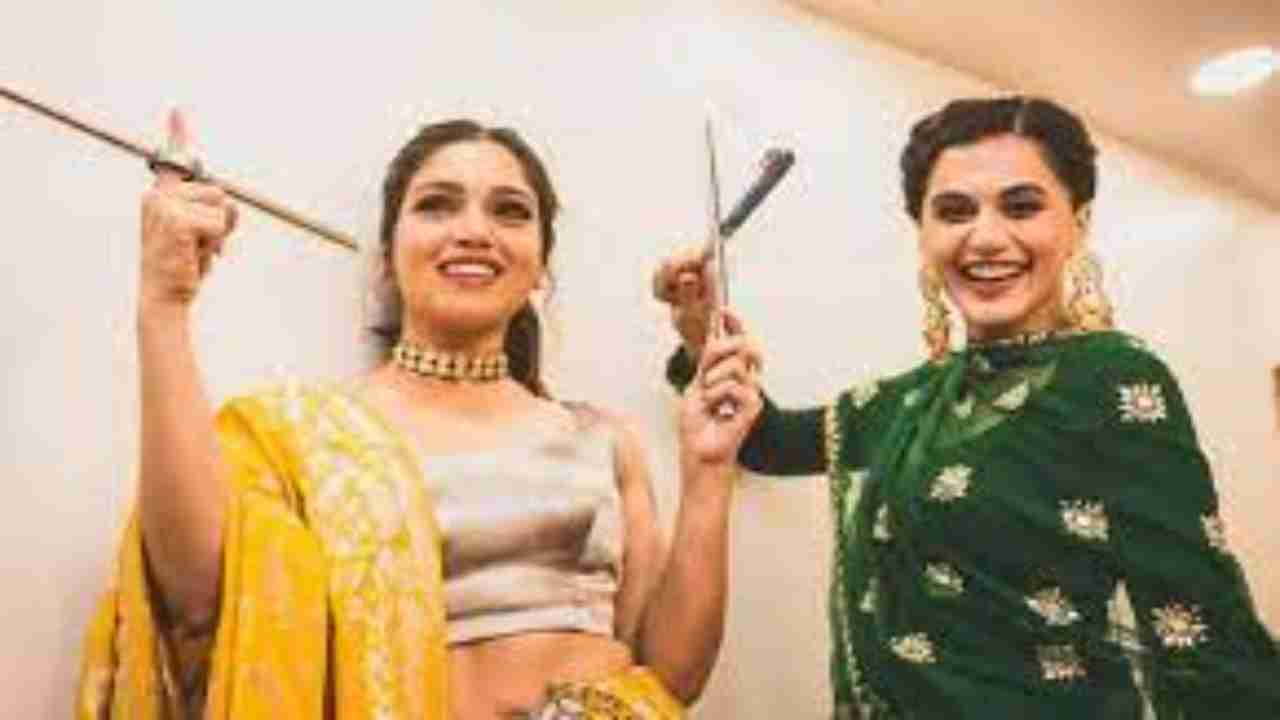 After a successful biopic on Caption Vikram Batra, Shershaah, Karan Johar is all set to produce another biopic on a freedom fighter, Usha Mehta. This news was confirmed that month.

Taapsee Pannu or Bhumi Pednekar? Who is going to be roped in for Usha Mehta’s biopic?

In the latest development, Bollywood promising actors Taapsee Pannu and Bhumi Pednekar are in talks for the role. As per a report on an entertainment portal, Ketan Mehta, who is director and nephew of Usha Mehta, has opted for either Taapsee or Bhumi to play the role of his aunt. The casting of the film will be locked by November this year.

According to a report in Mid-Day, Ketan Mehta has been moved by the great achievements of the 20th-century freedom fighter Usha Mehta. Ketan had earlier helmed biopics like Manjhi: The Mountain Man, Mangal Pandey: The Rising. He has begun the pre-production of the biopic on Usha Mehta and aims to start shooting for the film by late 2021.

He also wishes to make a film on the Gandhian who has helped to establish Congress Radio. The underground radio station played a crucial role in the peaceful rebellion during the Quit India Movement in 1942.

Read Also: Dengue spreading in Delhi after UP; here’s how to prevent dengue at home

Talking about Taapsee and Bhumi, the actors were last seen together in the film Saand Ki Aankh. This film is based on the life story of Prakashi Tomar and Chandro Tomar, grandmothers of Baghpat. They were master shooters and had been awarded several prestigious accolades for their shooting. Fondly known as Shooter Dadi, Chandro Tomar succumbed to COVID-19 in April 2021. She was 89.

Meanwhile, on the professional front, Taapsee Pannu will be next seen in films like Shabhash Mithu, Loot Lapeta, Rashmi Rocket, Dobaaraa, Woh Ladki Hai Kahan? Bhumi Pednekar will next appear in films like Badhaai Do, and Raksha Bandhan. She is last seen in the film Durgamati: The Myth

Dengue spreading in Delhi after UP; here’s how to prevent dengue at home

Dengue fever: What to eat and what to avoid?