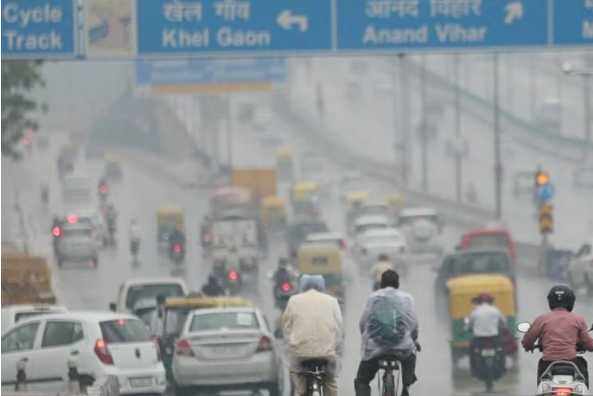 For the past several days, many parts of North India have been suffering bitter cold. The cold winter has hit many states, including Uttar Pradesh, Bihar, Delhi, and Uttarakhand. Although there has been some warmth in the afternoons during the last several days, the weather remains cold. The Indian Meteorological Department (IMD) has projected that the cold might continue to wreak havoc in North India in the coming days. The plains are becoming colder as a result of the snowfall in the mountains. For the next four days, IMD has predicted no break from the cold in Uttar Pradesh. The frigid weather is expected to last for another four days.

IMD says that there is a chance of extreme cold till January 31, 2022. As a result, the cold will be at its highest, causing fog and cold waves in areas such as Lucknow, Kanpur, Prayagraj, Varanasi, Agra, Meerut, and the western half of the country. Even though the sky will stay clear in the afternoon, the temperature will decrease by roughly five degrees. A new wave of cold is expected to begin. The cold weather is expected to last another 4-5 days. The state of Uttar Pradesh has been placed on yellow alert. At the same time, temperatures in several areas can reach 3 degrees. During the winter, cold winds are becoming more prevalent. The impact of northwest winds has become more pronounced. At a pace of four to five kilometres per hour, the freezing winds of the mountains are causing chaos on the plains. As a result of this, and the cold wave, the temperature has begun to drop at night, and there is a dense fog surrounding the rivers in the morning.

Rain and snowfall in these states

According to reports, there is no chance of rain in the states of Delhi, Punjab, Haryana, and North India, including Uttar Pradesh, till February 2.

Many sections of the country may get rain today as suggested by reports. Rain and snowfall are possible in the Western Himalaya’s higher altitude regions. In Arunachal Pradesh, light rain is possible. At the same time, rain has been forecasted for the country’s northern regions. Today there is a chance of rain in Tamil Nadu and Kerala.

Since last week, Maharasthra has been experiencing extreme cold. The cold wave will most likely intensify if the temperature drops dramatically. More cold is expected in Pune, Dhulia, Jalgaon, Ahmednagar, Nashik, and Aurangabad, as well as Jalna and Beed in Marathwada, according to IMD’s prediction.

Read Also: What are Blue Zones? All you need to know about food habits and diet