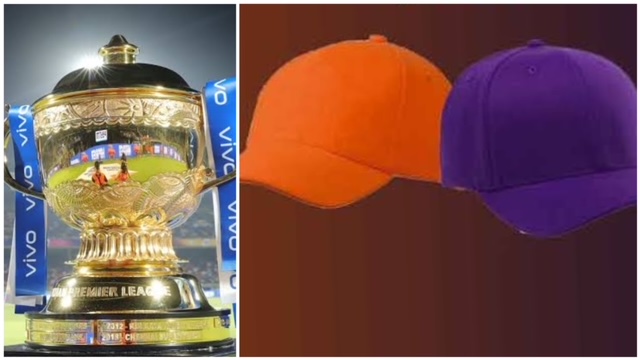 Chennai Super Kings thrashed Kolkata Knight Riders in IPL 2021 final to clinch their 4th title, after they won in 2010, 2011 & 2018. After being sent to bat first CSK posted a huge total of 192-3 and restricted KKR to 165-9 in 20 overs. From batting to bowling CSK led by MS Dhoni, were dominant throughout the match. Faf du Plessis was named ‘man of the match’ for his 86 runs in 59 balls. While Shardul Thakur, Ravindra Jadeja and Josh Hazlewood shone with the ball.

IPL is known for the revelation of young players, it provides a platform, where you can showcase your talent. In this season of IPL 2021, from Venkatesh Iyer to Ruturaj Gaikwad, there are number of players who have stolen the show.

As the IPL 2021 winded up as CSK winning the title, let’s have a look on the individual awards won by the players, such as Orange cap, Purple cap, Player of the series and many more.

Most valuable player of the season: Harshal Patel for his 32 wickets in 15 matches, one 5-wicket haul, one 4-wicket haul

Power player of the season: Venkatesh Iyer for his powerful performances

Game changer of the season: Harshal Patel (32 wickets in 15 matches)

1. Ruturaj Gaikwad became only second player after Robin Uthappa in 2014, to win Orange cap with the IPL winning side.

2. Harshal Patel is the first uncapped Indian player ever to win Orange/Purple cap.

5. Ambati Rayudu has won his 5th IPL trophy as a player and joined an elite company of Rohit Sharma (6) and Kieron Pollard (5), to win five or, more times.

From next season, BCCI has announced the addition of two extra IPL teams and a mega auction will take place before IPL 2022. 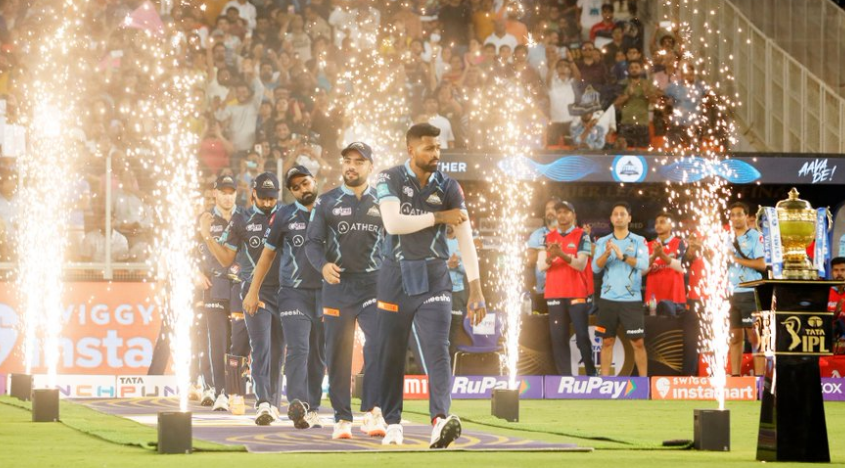 However, another interesting fact about both the teams is that in the qualifier 1 also Gujarat Titans had defeated Rajasthan Royals by seven wickets and made their way into the IPL 2022 finals.

Another interesting fact about today’s match is that Rajasthan Royals and now Gujarat Titans are the only two teams in the history of Indian Premiere League who have won the IPL title in their debut seasons. However, Rajasthan did come this long and tried to recreate history.

But today the newest team of Indian Premiere League 2022 has won the match and lifted the IPL trophy in their debut season. The new captain Hardik Pandya had led his team on a winning streak and also ended their campaign on a winning note.

Rajasthan Royals won the toss and choose to bowl first. Being totally restricted by Gujarat bowler, Sanju Samson’s team only managed to give a below-average target of 131 runs for GT to chase.

The IPL 2022 final was being played at the biggest cricket ground in the world. And Bollywood celebrities like Ranveer Singh, Akshay Kumar, Manushi Chillar had graced the Narendra Modi stadium of Ahmedabad.

None of the teams were able to score a half-century and Rajasthan Royals who came to bat first had the highest score of just 39 runs made by the orange cap holder Jos Butler.

On the other hand, Gujarat Titans may have won the IPL title but both the orange and purple cap is still with Rajasthan Royals. Today during the last post-match presentation of IPL 2022, Joss Butler and Yuzvendra Chahal will be felicitated for making the most runs and taking the most wickets, respectively. 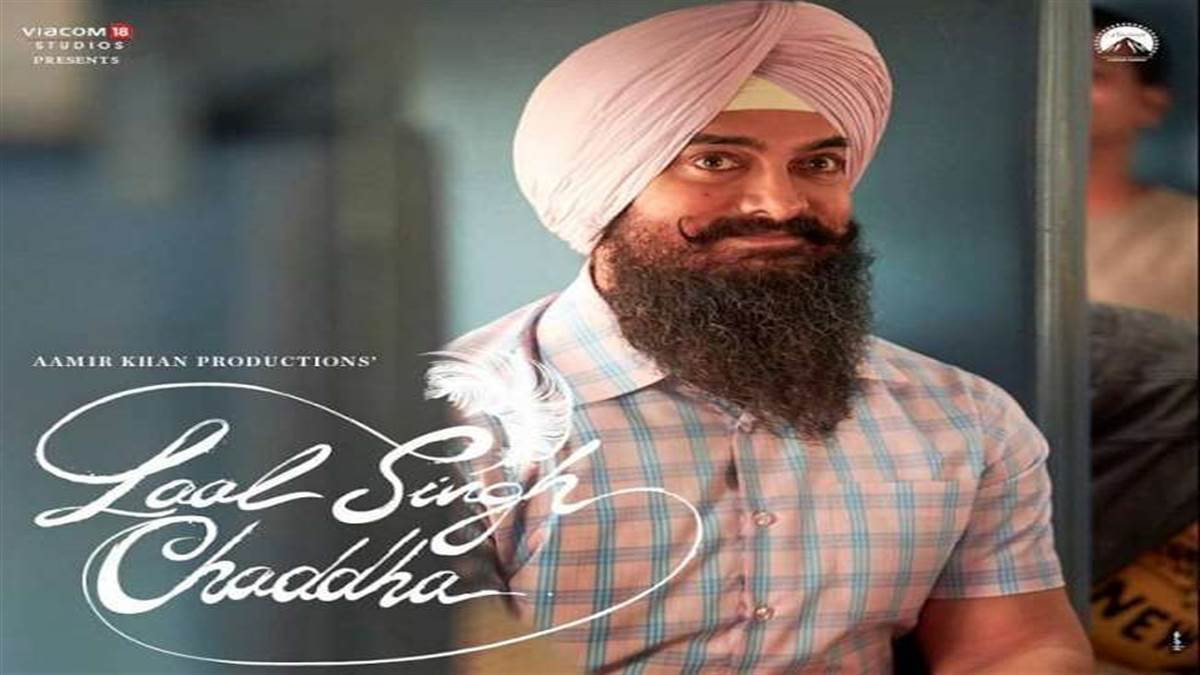 Laal Singh Chaddha has Aamir Khan, Kareena Kapoor, Mona Singh and Naga Chaitanya in lead roles. Chai will mark his Bollywood with Laal Singh Chaddha. Chaitanya has also shared the trailer on his official social media profiles. The movie will release in theatres on August 11, this year.

Laal Singh Chaddha is the Hindi adaptation of by the 1994 Hollywood film, Forest Gump. The film directed by Advait Chandan traces the exemplary events of Laal Singh Chaddha’s life. Be it his career or love life, every aspect of the movie is worth witnessing.

In the almost three-minute-long trailer, audience gets a glimpse at Laal Singh Chadha simple, but eventful life. Chaddha seems like an unassuming man who is raised by a doting mother played by Mona Singh. Young Laal Singh seems to have a disability that forces him to have leg braces.

However, calling it a miracle not does only Laal Singh Chaddha breaks free his disability but also joins the Indian Army. The trailer also give a glimpse of Naga Chaitanya’s character, who will fight along Chaddha shoulder-to-shoulder.

The only drawback about the trailer seemed to be Aamir’s attempt at a Punjabi accent. Moreover, fans are also calling out Aamir’s look as too much. However, they do seem interested by the movie and keen about watching the movie in theatres.

Previously, the makers of Laal Singh Chaddha had released the first song from the comedy-drama, titled Kahani. The song is composed by Pritam and the lyrics are penned by Amitabh Bhattacharya. Mohan Kannan’s melodious voice has made this song everyone’s latest favorite track.

Laal Singh Chadha is backed by the Viacom 18 Studios and is co-produced by Aamir Khan productions. The Amir-Kareena starrer will finally get a theatrical release after being postponed twice. Bollywood actor Akshay Kumar and Manushi Chillar and present at the IPL 2022 Finals to promote their upcoming historical drama, Prithviraj Chauhan. Today is the last match of Indian Premiere League 2022, and both the qualified teams Gujarat Titans and Rajasthan Royals will take done one another for one last time this year to bag the title.

Bollywood actor Akshay Kumar will release his film Prithviraj Chauhan in theatres on the coming Friday. Miss World 2017, Manushi Chillar will be marking her Bollywood debut with this Yash Raj Film.

Apart from Akshay Kumar and Manushi Chillar, other Bollywood personalities like actor Ranveer Singh and AR Rehman are also present at the Narendra Modi stadium. Both the celebrities have performed at the IPL 2022 closing ceremony and their performances have got the audience pumped up for the big match.

However, the movie led into some troubles and now the movie has been renamed as Samrat Prithviraj. The movie is directed by Chandraprakash Dwivedi. He’s a renowned director known for directing TV shows like ‘Chanakya’ and film ‘Pinjar’. Manushi Chillar’s debut film will release on June 3 in three languages- Hindi, Tamil and Telugu.

Today IPL 2022 will get its new winner. Rajasthan Royals and Gujarat Titans will play the IPL 2022 Finals. Both the team have played exceptionally well and have reached the finals with blowing trumpets.

Rajasthan Royals has won the toss and has decided to bat first. It will be interested to see if the inaugural champions will win after 12 years or will Gujarat Titans script history by winning the title in their debut match. Here are the playing eleven of both the teams.