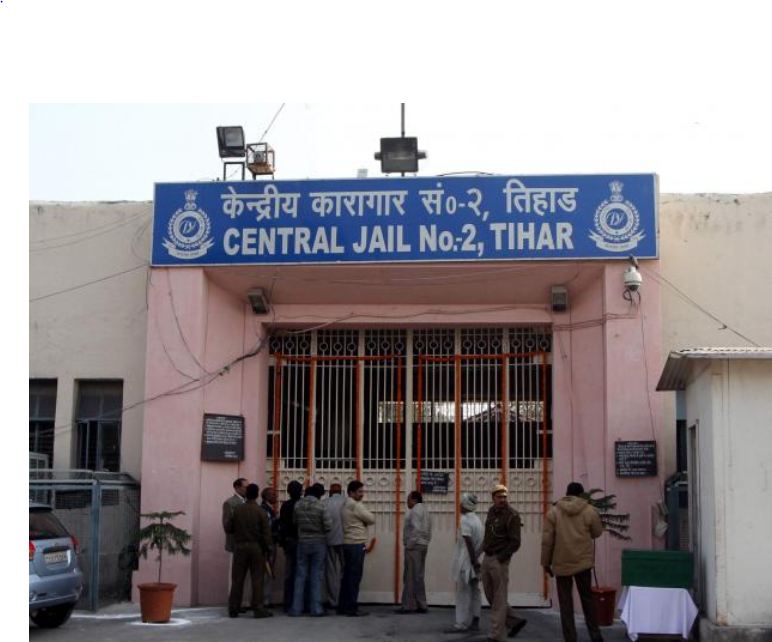 At least 52 inmates from Delhi’s Tihar jail have been tested positive for Coronavirus and 35 of them have been hospitalised in three different hospitals. Seven jail officials, including the prison doctor, have also contracted the virus. At present, Tihar has over 20,000 prisoners as against its capacity of around 10,000.

Until April 6, the jail had only 19 Covid positive prisoners and no jail staff was affected by the Coronavirus. Prison officers said the infection has spread swiftly as the administration was trying to create isolation spaces inside the country’s most populated prison complex.

The official told the media that three prisoners were critical and had to be admitted to Lok Nayak Hospital, 32 prisoners have been admitted as a precautionary measure at two different hospitals, 17 others are in self-isolation in the jail and 7 jail employees are isolating outside.

Another official informed the media that more than 20,000 prisoners are in Tihar now while the sanctioned capacity is only 10,026. In the last one week, more than 40 cases have been reported in Tihar. Another official told that the jail management is busy in finding ways to ensure social distancing but it is a challenge. The jail authority has fear that the infection will spread more quickly than last time.

Meanwhile, the Director General of Tihar, Sandeep Goel, said that the jail authority is trying to create isolation spaces within the prison. He told that the bi-weekly visit by families from outside has been suspended while the prisoners are being produced in courts only virtually.

On Sunday, around 200 eligible inmates of the three jails in the capital have been vaccinated against the novel coronavirus so far, and none of them has reported any adverse events. A total of 326 inmates in Delhi’s jail are above 60 years, and over 300 in the 45-59 age bracket with comorbidities. These two categories are eligible for vaccination in the ongoing nationwide drive.

Earlier, the Delhi Prisons Department had set up a Covid-19 vaccination centre inside Tihar Jail to vaccinate the inmates. It was set up in the central jail hospital at jail number 3. Director General (Prisons) Sandeep Goel said around 160 inmates in Tihar jail and around 40 in Rohini and Mandoli jails have been vaccinates so far.

The vaccination drive for prison inmates started on March 18. The officials said that the jail management is sending inmates of Rohini and Mandoli jails to the nearest government vaccination centre under police protection for taking jabs.