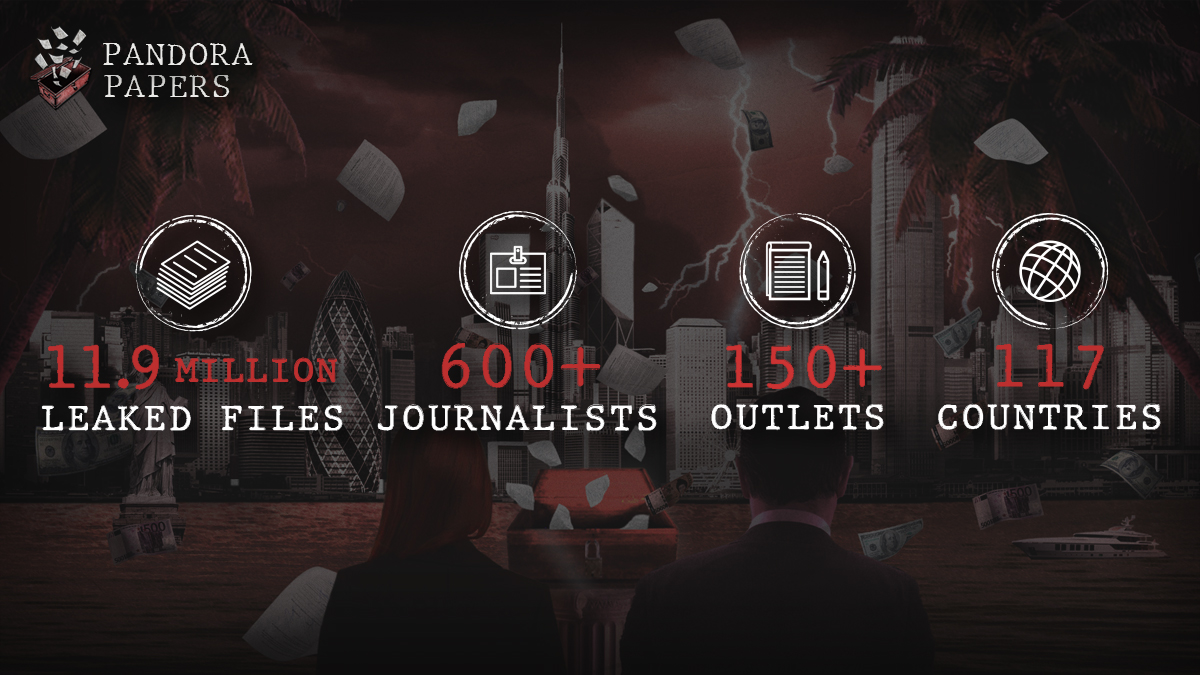 The International Consortium of Investigative Journalists (ICIJ) has announced Pandora Papers, one of the biggest leaks of financial documents that consist of secret wealth and illegal investments of hundreds of politicians, celebrities and businessmen across the world.

According to the Pandora Papers, obtained by the International Consortium of Investigative Journalists (ICIJ), more than 100 billionaires and celebrities from countries like Russia, US, India, Pakistan, UK and Mexico used incognito bank accounts to hide their illegal assets.

Report says, the leaked documents include more than 300 Indians who have the history of economic offences. Indian Express (part of IICIJ) reports that business tycoon Anil Ambani owns 18 asset holding offshore companies, interestingly he was declared bankrupt in a UK court.

Purvi Modi, sister of Indian fugitive Nirav Modi, also set up a trust just a month before the Niraj fled the country in 2018, according to the report. She has been named accused in a $2 billion money laundering case filed against her brother Nirav Modi and Mehul Choksi, says the report.

The report said the husband (a British citizen) of Biocon promoter Kiran Mazumder Shaw set up a trust – that holds 19.76% in Biocon – with keys to a person who was banned by regulator SEBI for insider trading.

Read Also: RCB vs PBKS: Bangalore beat Punjab to qualify for the playoffs

The report also mentioned that cricket legend Sachin Tendulkar was among the individuals who asked for the liquidation of his offshore entity after the Panama leak in 2016. Back in 2007, Sachin had reportedly set up a firm worth $8.6 million, which was liquidated in 2016.

As per reports “Pandora Papers” investigation – involving some 600 journalists from media including The Washington Post, the BBC, and The Guardian – is based on the leak of some 11.9 million documents from 14 financial services companies around the world.

RCB vs PBKS: Bangalore beat Punjab to qualify for the playoffs