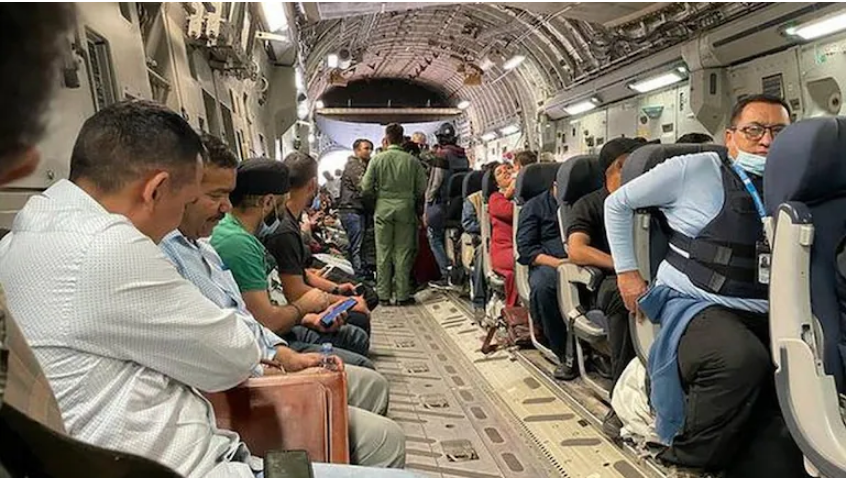 The Central government on Monday scheduled an all-party meeting on August 26 at 11 am in Delhi to address the Afghanistan crisis, which has shocked the world in the past few weeks since the Taliban seized power in Afghanistan.

Prime Minister Narendra Modi has instructed external affairs minister S Jaishankar to hold the meeting to address the developments in neighbouring Afghanistan and India’s stand on it. Union Minister of Parliamentary Affairs Prahlad Joshi informed via tweet that Jaishankar will brief the floor leaders of political parties.

As the Taliban rapidly taking over the control of the cities in Afghanistan over the past few weeks, several countries, including India, had started evacuating their citizens from Afghanistan but, however, many are still stuck in the country hit by a political crisis.

As part of India’s evacuation mission from Afghanistan, around 730 people, including members of the Afghan Sikh and Hindu communities, have already been safely airlifted to India.

Moreover,  India on Monday brought back another 146 Indians on four different flights from Qatar’s capital Doha, days after they were evacuated from Afghanistan by NATO and American aircraft in view of the deteriorating security situation in the war-torn country.

Read Also: The IC3 Movement is all set to organise its 5th Annual Conference

On the other hand, Taliban has given an ultimatum to US forces to leave Kabul by August 31. Otherwise, it will have to bear the consequences.

The Taliban swept across Afghanistan over the past few weeks, seizing control of almost all key towns and cities, including capital Kabul, following the withdrawal of US forces from the country. The Taliban seized control of Kabul on August 15 as President Ashraf Ghani fled Afghanistan.

In other India News, The Uttar Pradesh government proposed to name road to Ram Janmabhoomi in Ayodhya after Kalyan Singh