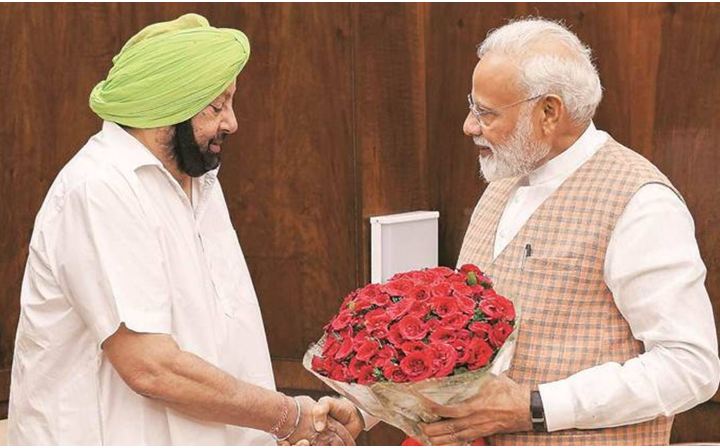 In the meeting with PM Modi, Singh could discuss over farm laws and the deaths in Lakhimpur Kheri violence which took away 9 lives including 4 farmers, a local journalist and 4 BJP workers. It is being said that he was working on getting the farm laws repealed by impressing upon the BJP-led central government to act as the ongoing farmers protest is creating problems for the state.

If there is retaliation in Punjab, anyone can imagine what it could be like for the border state, said a source close to him. The source also said Amarinder was getting active politically and was confident of forming the next government in the state. This is a political visit. In Delhi, he will meet different people, sources said.

Sources said Singh is staying at the residence of his MP wife Preneet Kaur in Delhi. However, no official information has been given by the Captain regarding the Delhi tour.

Earlier, when Captain had left for Delhi, he had met Union Home Minister Amit Shah and National Security Advisor Ajit Doval and returned back home without meeting with Prime Minister Narendra Modi.

After the Delhi tour, he had announced to leave the Congress, calling Sidhu a threat to national security. At that time it was being speculated that the Captain would join the BJP, but the Captain had categorically rejected the idea of ​​joining the BJP.

Speculations are rounding that Amarinder could join the BJP since he met Union Home Minister Amit Shah.

It is being speculated in the political circles that Singh will form his own party in Punjab through which he can mediate between the Centre and the protesting farmers to end the ongoing deadlock between them over the three farm laws.

Earlier, there was also talk about the formation of Punjab Vikas Party but Singh has not anything about it.

In other India News, A 19-year-old IIT student has been arrested by Delhi Police Cyber Cell. The accused attended online classes, joined a prominent school’s WhatsApp goups and shared morphed photographs of the students on social media.