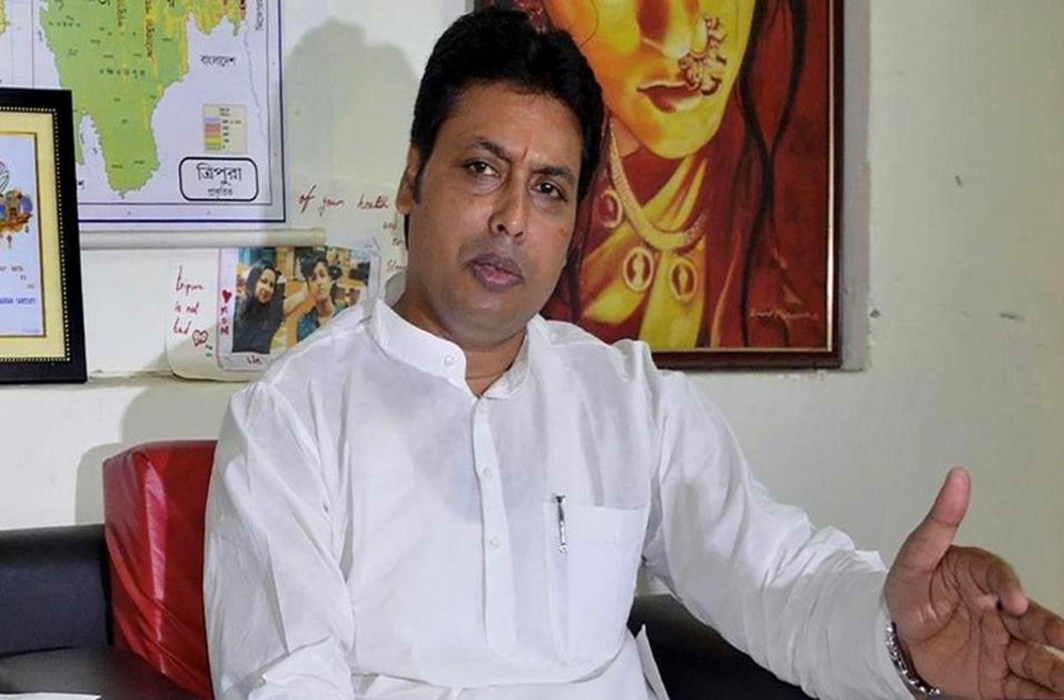 Tripura chief minister Biplab Deb on Sunday revealed his party plan to expand the BJP politics in the neighbouring countries. At a BJP event in state capital Agartala, Biplab Deb said Amit Shah has plans to form governments in Nepal and Sri Lanka.

Deb said Amit Shah had told a party meeting at Rabindra Satabarshiki Bhavan, during his visit to Tripura on Saturday about the party’s overseas expansion after winning in all the states in India. He said shah had told that BJP wanted to establish the party and form governments in neighbouring countries.

Deb also said West Bengal Chief Minister Mamata Banerjee’s Trinamool Congress would be defeated in the upcoming Assembly election to be held soon. Moreover he claimed that the BJP would form government in Kerala and would change the trend of the Left and Congress coming to power alternately every five years. Like Kerala, BJP would form a government in Tamil Nadu.

The opposition Communist Party of India Marxist and Congress demanded immediate action against Deb for his most undemocratic speech against sovereign countries like Nepal and Sri Lanka and called for an investigation into his claim about Shah planning to capture power in the neighbouring countries.

Tripura Congress vice-president Tapas De said on Monday that the BJP’s attitude is anti-national and anti-democratic. There is no justification to interfere in the internal affairs of these countries, he said.

Supporting Deb’s claim, the BJP said it has been spreading Indian culture and philosophy in different countries.

This is not the first time that Deb has courted controversies with his statements. In April 2018 he had claimed that the internet existed in the days of the Mahabharata while in August he did another claim that ducks raise oxygen level in water bodies. He was also stirred in a controversy by saying Punjabis and Jats are physically strong but less brainy while Bengalis are known to be very intelligent. In 2019, he had said Tripura has enough wonders still unknown to people but Mughals intended to destroy the culture of Tripura by bombing the arts and architectures.