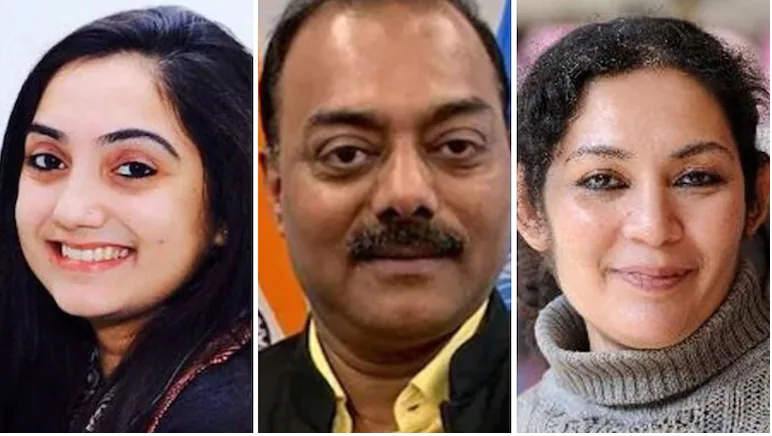 The Police have also filed another FIR against certain individuals who allegedly indulged in hate mongering and spreading disharmony on social media pertaining to the Prophet controversy. They all have been booked for creating situations which is detrimental for the maintenance of public tranquillity.

The Delhi police have also named the AIMIM chief Asaduddin Owaisi and hatemonger Yati Narsinghanand who is out on bail in the Haridwar hate speech case.

In a statement, the Delhi Police said the FIRs were registered against multiple individuals and it will investigate their roles for promoting false and wrong information with an intention to create unrest in the country.

The Police have booked Nupur Sharma under Sections 153 (wantonly giving provocation with intent to cause riot), 295 (injuring or defiling place of worship with intent to insult the religion of any class) and 505 (statements conducing to public mischief) of the Indian Penal Code (IPC).

Sharma was suspended from BJP and the party distanced itself from her remarks. She has been provided with security since the Prophet Muhammad row.

Read Also: ED extends custody of Delhi Minister Satyendar Jain, to be in custody till June 13

While suspending Nupur Sharma, the BJP said that it respects all religions and is strongly against any ideology which insults or demeans any sect or religion. Her remarks drew sharp reactions from Gulf countries. India has said that it had taken strong action against those who made controversial remarks against minorities.

In its new advisory released on Tuesday, the BJP has ordered its spokespersons to first check for the topic of the TV debate, prepare for it and find out the party’s line on it before appearing on any channel.

ED extends custody of Delhi Minister Satyendar Jain, to be in custody till June 13