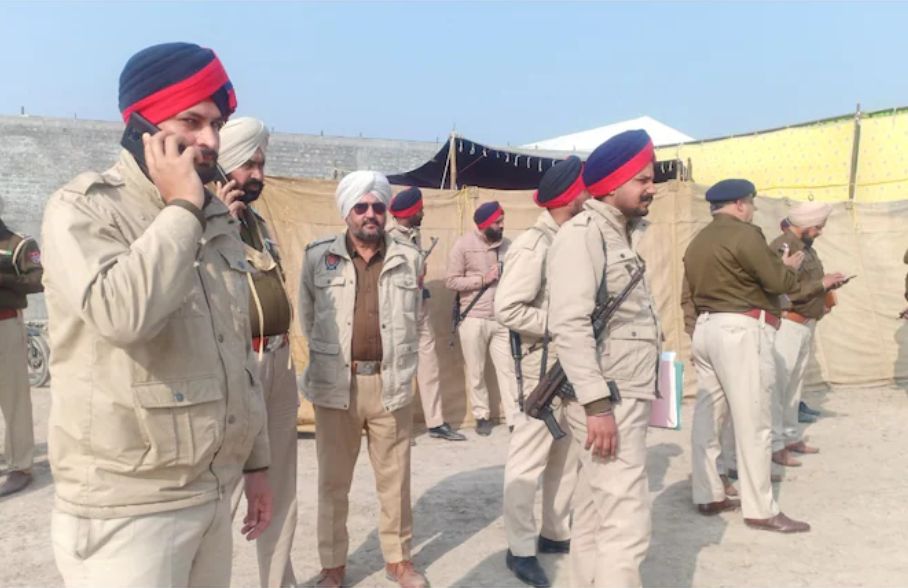 A total of 9 farmer unions are expected to protest against Prime Minister Narendra Modi’s rally at Punjab’s Ferozepur. The unions are seeking the resolution of farmers all pending issues.

A section of farmer unions is protesting against the central government for not meeting their pending demands since the scrapping of farm laws.

Preparations are in full swing for Prime Minister Narendra Modi’s first poll rally in Ferozepur tomorrow ahead of Assembly elections in Punjab.

The farmer unions have also threatened to raise Modi go-back banners during the prime minister’s visit.

The farm union leaders said PM Modi’s Ferozepur rally is being opposed as the Central government has not accepted their three principal demands including an ex gratia grant of Rs 1 crore to each family of farmers who died during the farmers protest, the release of arrested farmers and the resignation of Uttar Pradesh Home Minister Ajay Mishra.

Other demands include the withdrawal of murder cases registered against the farmers of Uttar Pradesh, Delhi and Haryana.

Opposing PM Modi’s Ferozepur rally, Kisan Mazdoor Sangharsh Samiti leaders Satnam Singh Pannu and Sarvan Singh Pandher said that the farmers will not allow PM Modi to address a rally in Ferozepur and appealed the farmers across Punjab to gather at the rally site to join the protest.

Farmer unions have also announced a protest against the Punjab government and have given an ultimatum to fulfill demands by January 4 failing which protests will be held outside the residences of all ministers and MLAs across the state.

Meanwhile, one of the largest Punjab farmers Union Bhartiya Kisan Union (Ekta Ugrahan) has distanced itself from the farmer protest being held against PM Modi. Union President Joginder Singh Ugrahan said that his union will not oppose the rally but they will continue to protest till the three major demands are met.