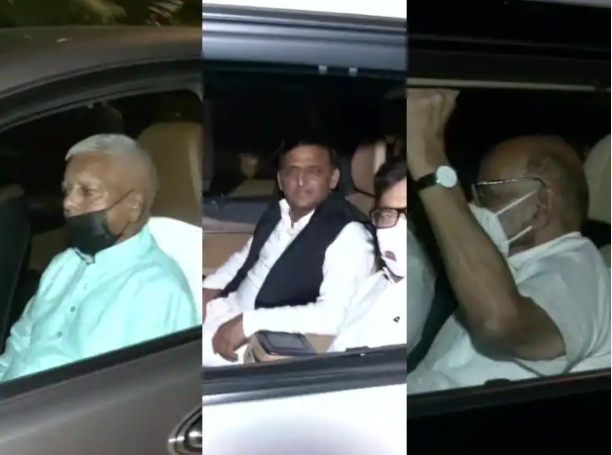 Former Union Minister Kapil Sibbal on Monday hosted a dinner party for the opposition and non-BJP parties at his residence in Delhi. It was his birthday celebration but the discussion among the leaders focused on taking on the Narendra Modi government in general elections 2024. However, Gandhis’, who were not present in the gathering were also targeted in the meeting. Some leaders present in the dinner party suggested that Congress can be revived only if it is freed from the clutches of Gandhis’ leadership.

Reports say Sibal started off the attack against the Modi government, explaining how every institution has been destroyed during its tenure. He also underscored the need for all opposition parties to work with a clear focus.

National Conference leader Omar Abdullah questioned what steps were being taken to strengthen the core of Congress. Questions were raised on the party’s leadwership after its abysmal performance in Bihar elections.

Naresh Gujral of the Akali Dal launched a direct attack on the Gandhis, saying unless the Congress gets out of the clutches of the family, it will be very difficult to strengthen the party.

Kapil Sibal was among the G23 senior leaders who wrote a letter to Congress chief Sonia Gandhi last year seeking organisational changes and effective leadership. Twenty three senior leaders also known as G23, including five former chief ministers, many members from Congress Working Committee(CWC), several former union ministers had sent a letter to the party chief earlier in August. With an outlined 11-point action plan, the dissident leaders sought a full time and effective leadership for the party which is active and visible on the ground, including sweeping Congress organisational changes.

However, all G23 leaders were among the invitees that include Ghulam Nabi Azad, Anand Sharma, Bhupinder Singh Hooda, Shashi Tharoor, Manish Tewari and Prithviraj Chavan.