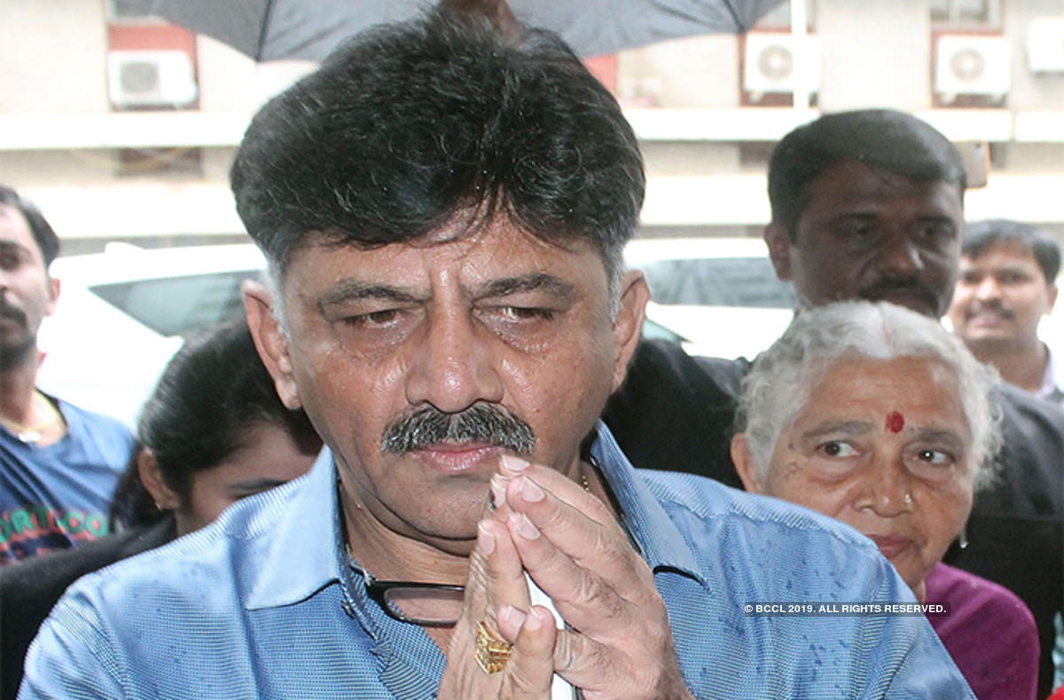 His plea for protection from arrest rejected by the Karnataka High Court, Congress’ chief trouble-shooter in Karnataka DK Shivakumar faces arrest by Enforcement Directorate (ED) in a money-laundering case.

Shivakumar is in Delhi, in compliance with ED directive to appear before it in Delhi today (Friday, Aug 30). The probe agency called him last night after his petition challenging the summons was rejected by the Karnataka High Court yesterday.

He has approached the Karnataka High Court’s division bench against yesterday’s order that rejected his petition against the probe agency’s summons.

Shivakumar is the yet another important Congress leader facing the threat of arrest after former union minister P Chidambaram who is in CBI custody.

Addressing journalists before leaving for Delhi this morning, Shivakumar termed the ED summons as politically motivated: “As a loyal soldier of the Congress and a responsible politician, I did what my party asked me to do and I am being targeted for that.”

He said he will face the situation legally, politically and socially.“I am a law-abiding citizen and I will honour the ED summons. I am not a coward son of Kempegowda to run away from the situation. I am being targeted politically,” he said.

Referring to the ED summons, he said: “For the past two years, the entire property of my 84-year-old mother has been attached by various investigation authorities as benami property and I am the benami there. Our entire blood has already been sucked.”

“My 85-year-old mother is a widow and has to depend on her two sons — me and my brother. Her ancestral property has been termed as my benami property. All our property, including my house in Kanakapura, have termed as benami. A mother has to believe in her sons and not anyone else. So her properties are ours,” he said

“This is a politically motivated move. I have not done any crime or murder. I don’t have any foreign transactions and I have not deceived anyone. Whatever taxes have to be paid, I will pay. Whatever I have done, I have done for the party,” he said.

Stating that he will honour the ED summons, he said at the same time he will explore all legal options.

Alleging that the ED was functioning in a biased manner, he said: “When our legislators alleged on the floor of the House about some BJP members paying them crores of rupees as part of operation lotus, why did the ED not probe it?”

Shivakumar, a politician known for his negotiation skills, played a big role in forming the JD(S)-Congress coalition and led the Congress’s attempts to convince the rebel MLAs before their government collapsed in July.

Often called “DK Shi” in Karnataka’s political circles, Shivakumar, 57, made national headlines that year when he agreed to accommodate 44 party legislators from Gujarat at a resort to prevent them from being poached by the BJP ahead of a crucial Rajya Sabha election.