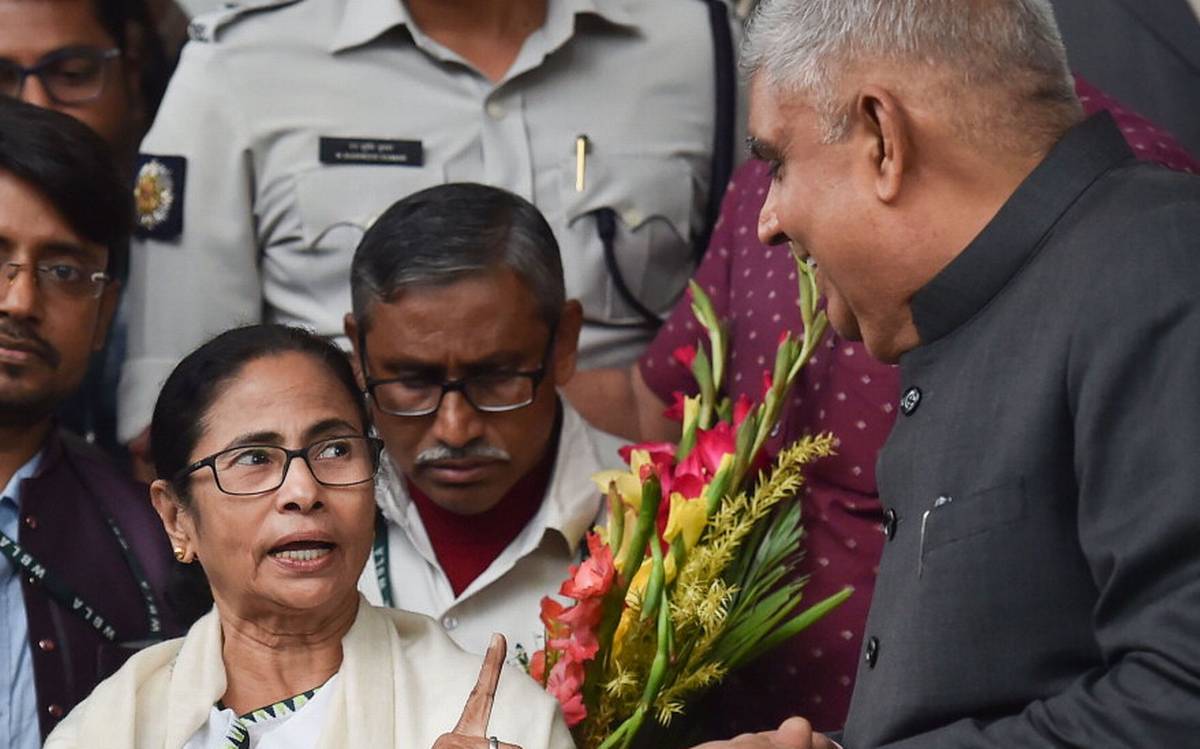 As of now, the Governor is the ex-officio chancellor of all the universities in West Bengal.

The state cabinet also approved another proposal to remove the Governor as the visitor to private universities and replace him with the state’s education minister.

The proposal will be introduced as a bill in the assembly in the monsoon session starting June 10, the report said.

The move is being seen as part of long-running battle between Chief Minister Mamata Banerjee and Governor Jagdeep Dhankhar.

The proposal has to be further passed as bills in the West Bengal Legislative Assembly where the ruling Trinamool Congress is in the majority.

The move is seen as an effort by the Mamata Banerjee-led Trinamool Congress government to curtail the powers of governor Jagdeep Dhankhar and are predicted to lead to a showdown between the ruling Trinamool Congress and the BJP in the assembly.

Condemning the TMC’s move to curtail the power of the Governor, Dhankar termed it as a ploy to divert attention from irregularities in recruitment by the School Service Commission (SSC) that is being probed by the Central Bureau of Investigation (CBI) on the Calcutta high court’s orders.

A number of BJP legislators including the Leader of Opposition were suspended by the assembly speaker in the previous session of the assembly.

IND vs SA: Team India begins training in Delhi ahead of five-match series against South Africa