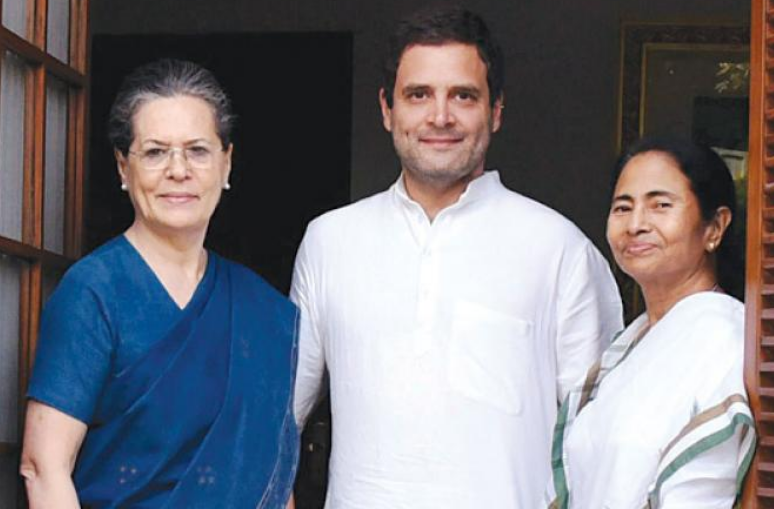 For the first time since her win in the West Bengal assembly polls, the Trinamool Congress chief Mamata Banerjee would visit Delhi in July end. Her visit to the national capital comes amid the buzz stoked over poll strategist Prashant Kishor’s meeting with top Congress leaders earlier this week.

Kishor, who has fuelled speculations with his meeting with senior Congress leaders Rahul Gandhi and Priyanka Gandhi, had managed the Trinamool’s election campaign in West Bengal. His role is credited by experts in Trinamool’s three-fourth majority victory in Bengal despite a heated campaign led by the ruling BJP.

As per the early media reports, Banerjee is expected to reach Delhi on July 25 and would stay for three to four days. Banerjee is expected to meet Congress president Sonia Gandhi, NCP chief Sharad Pawar, Samajwadi Party chief Akhilesh Yadav, Delhi chief minister Arvind Kejriwal and other opposition leaders. During her five-day visit, she may meet Prime Minister Narendra Modi and President Ram Nath Kovind to raise the issue of vaccination supply with the Centre.

Before his meeting with the Gandhis, Kishor also grabbed attention in the political circles with his series of meetings with the NCP chief Sharad Pawar. The three meetings between them were held within a fortnight’s period in June.

The NCP chief, though, said the meeting did not involve politics after Kishor had a four-hour meeting with the Gandhis earlier this week, intensifying speculation about his joining the Congress party.

Although Kishor had, following the Bengal assembly poll results, announced his decision to quit his job as election strategist, speculations are rife that he may play a role in forming a joint Opposition front in 2024.

Mamata’s visit coincides with the monsoon session of Parliament, which begins from July 19. Fpr which the Congress is expected to target the govt over multiple issues including the Centre’s Covid handling and fuel price hike.