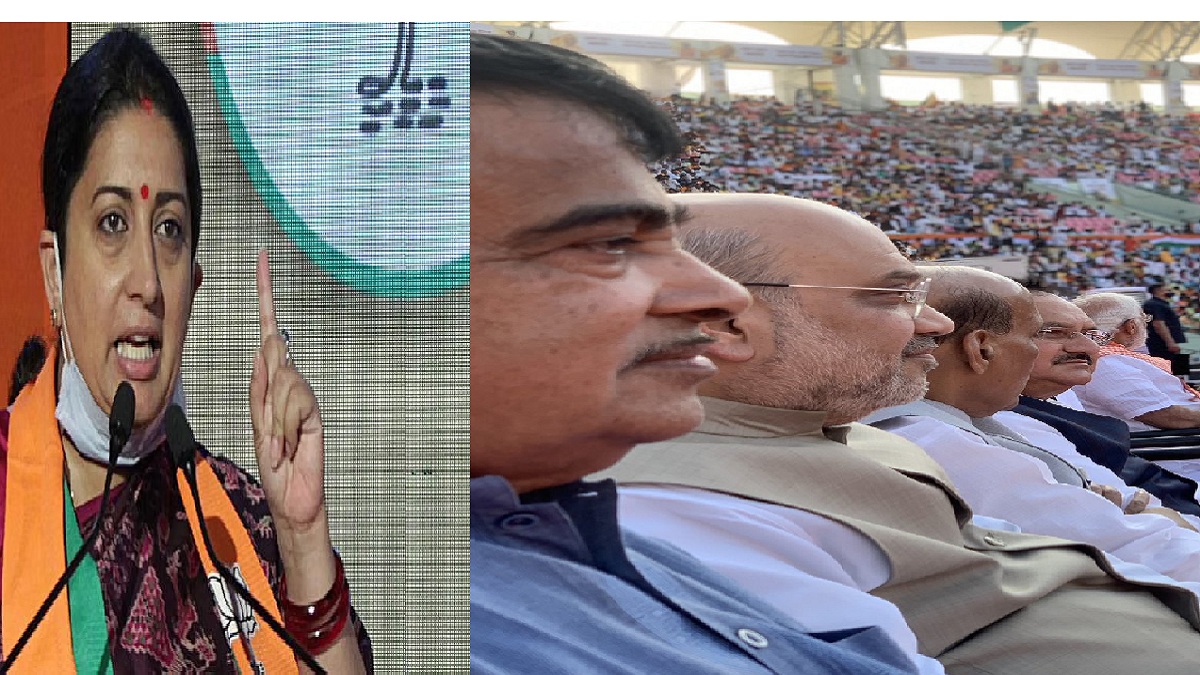 Union Cabinet Minister for Women and Child Development Smriti Irani recently attended the oath ceremony of Uttar Pradesh Chief Minister Yogi Adityanath, where she clicked a candid picture of BJP leaders Nitin Gadkari, Amit Shah, Rajnath Singh, JP Nadda, and PM Modi, all in one frame. Well, the next day after the oath ceremony, the same picture became the cover photo of a newspaper and the credit was given to news agency ANI, and that surely made Smriti Irani disappointed.

She shared the picture on her Twitter and wrote a caption, in which, she said photo maine kheenchi credit ANI ko gaya. (I clicked the picture and the credit was given to ANI.

Read Also: Gangnam Style or Aladeen from The Dictator: Who do you think Kim Jong Un’s look in missile launch video is similar to? Here’s what tweeple are saying

Right after this, Smita Prakash apologised and said apologies, issuing corrections to all subscribers.

This cheeky feud started a meme fest on Twitter. One of the users wrote that someone seems to have got confused between Ir-ani and Ani? Smriti Irani in response said bad joke.

Recently, Smriti Irani posted a beautiful of people celebrating Holi in the Kankroli city of Rajasthan in the 19th century. In the video, it can be seen that there were miniature paintings of people celebrating the festival of colours with great enthusiasm. She shared the video with a caption, in which she wrote Rang Utsav ki hardik shubhkamnayein.

PAN-Aadhaar linking last date on March 31: What will happen if you miss deadline? Here’s step by step guide to link PAN with Aadhaar

Munawar Faruqui breaks down before Karan Kundrra in Lock Upp, here’s WHY