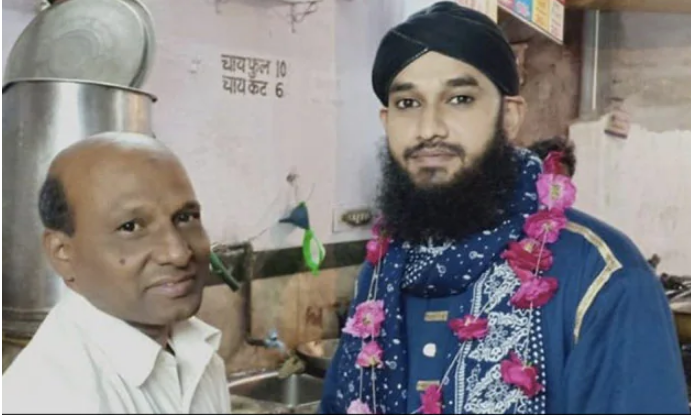 Hours after the Congress flagged Udaipur murder accused pictures claiming close connections with Rajasthan BJP minority wing chief on social media, the BJP on Saturday denied any link with Riyaz Attari, one of the accused who was brutally murdered Udaipur tailor Kanhaiya Lal on Tuesday over a post supporting Nupur Sharma, whose comment on Prophet Muhammad triggered massive outrage.

The BJP has no links to either of the accused, Sadiq Khan, the BJP’s minority wing chief in the Congress-ruled state. He had clarified at a news conference repeating that the killing was a failure of the Congress government in Rajasthan.

The Congress had alleged that one of the main Udaipur murder accused is a BJP member and asked whether the centre had moved quickly to transfer the case to the National Investigation Agency (NIA) to sweep it under the carpet.

Kanhaiya Lal, a Hindu tailor, was murdered by two Muslim men in Rajasthan’s Udaipur. They have recorded the incident in camera and its video in which they can be seen threatening Prime Minister Narendra Modi has gone viral on social media.

Riaz Attari and Ghouse Mohammad, have been sent to judicial custody for 14 days.

Udaipur has been returning to the normalcy after the Rajasthan adminitration announced 4 hour relax in curfew. However, the Internet services are still suspended in the Congress-ruled state.

Amid tensions in Udaipur, a Jagannath Yatra was held peacefully yesterday under tight security arrangements.

Several reports claiming that the killers had links with Pakistan-based organization Dawat-e-Islami were doing rounds on the internet since Wednesday. One of them also went to Karachi in 2014, another report have now claimed.

Owing to the sensitive nature of the case, the Union Home Ministry handed over the investigation to the NIA.