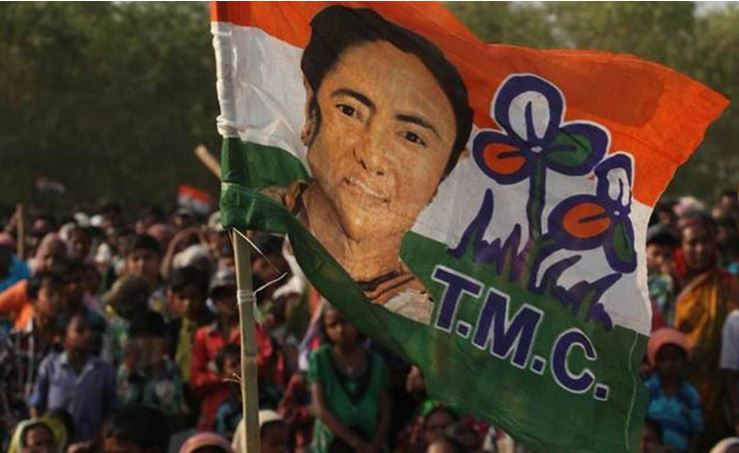 The Trinamoool Congress is leading in 102 of the 108 municipalities as the counting of votes for the West Bengal Municipal elections is underway today. Out of the 102 civic bodies won by the TMC, there is no opposition in 31 municipalities.

As per the early trends, the Mamata Banerjee-led TMC has decimated all opponents in the multi-pronged contest, which also included the Congress, BJP and the CPI(M).

Following its success in the 2021 Assembly polls, by-polls and Kolkata Municipal Corporation election, the TMC has strengthened its grip on local self-government by winning a majority of the civic boards and is now set for a clean sweep.

As per the West Bengal State Election Commission data, the TMC has won 1055 wards till now and is leading in a further 432 seats. While the BJP has won 49 wards and the Congress has secured 35 seats till the report has been filed.

The Left Front secured its victory in Taherpur Municipality in the Nadia district. The BJP, which had emerged as the main Opposition in West Bengal after winning 77 seats in the last year’s assemb;y elections, failed to open its account.

The Congress too failed to win a single seat while the newly-formed Humro Party won the Darjeeling Municipality. The Communist Party of India(Marxist) registered a win in 29 seats. However, the first time contestant Nationalist Congress Party and the Bahujan Samaj Party have also failed to open their accounts in this election.

The TMC has recorded major gains in Kanthi, a stronghold of BJP leader Suvendu Adhikari and also recorded a win in 17 wards out of 21 while the BJP has secured only three wards in the area.

Not only the BJP strongholds, the Mamata Banerjee led TMC has also recorded gains in the Siliguri municipality, a stronghold of the CPI(M)-led Left Front and swept the Bidhannagar Municipality with 39 seats out of 41.

About 78% polling was recorded on Sunday for the West Bengal civic body polls where 8,000 candidates was in the battlefield for a total of 2,171 wards across 108 civic bodies.

Father of Naveen Shekharappa, who was killed in Ukraine, replies to Pralhad Joshi’s remark, says my son was brilliant but we couldn’t afford higher studies in India